Teen shot parents after they stopped him playing the game

A US teen has been convicted of murdering his parents. He did so not because they made him go to bed early or cut off his pocket money, but because they stopped him from playing an Xbox 360 game.

Daniel Petric, 17, now faces lifelong imprisonment without parole for killing his mother using his father’s 9mm handgun. The teen also shot his father in the head, but the man survived. 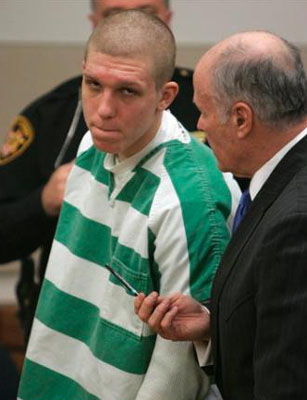 The boy is said to have planned the shooting, which happened in October 2007, after his parents took away his copy of Halo 3 - a game Petric is thought to have become obsessed with.

During the trial, Petric’s father testified that, on the night of the shooting, his son came into the room and asked both parents to close their eyes because he had a surprise for them. The teen then shot his mother in the head.

Anthony Cillo, Deputy Prosecuting Attorney, said during the trial that Daniel planned to make the shooting look like “murder-suicide” by putting the gun in his father's hand, according to online reports.

After the shooting, Daniel fled the murder scene with just one item: his copy of Halo 3. ®

Will those be before or after the nuke strikes Putin keeps banging on about?
CSO27 Sep 2022 | 5