Skype, mobile and landline all in one ear...

Review There are two types of people in this world. There are those who walk around with a Bluetooth headset permanently grafted to the side of their heads, and those of us who absolutely refuse to be seen in public with a big lump of metal and plastic dangling out of a lughole. 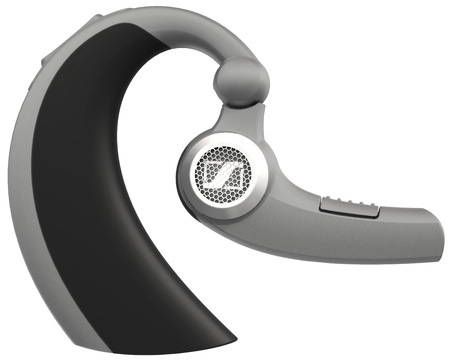 Even so, we couldn’t help but be interested in Sennheiser’s new VMX Office, a Bluetooth headset and basestation combo that's designed to work in conjunction not only with a mobile but also with a conventional landline and PC-based VoIP apps such as Skype.

The kit consists of a Bluetooth headset that looks virtually identical to Sennheiser’s existing VMX 100, although it isn’t identified as such in the packaging or documentation. It has the same bulky yet comfortable design as the VMX 100, with a rotating ball-and-socket joint that allows you to freely adjust the microphone boom. You can turn the headset on and off simply by folding the microphone open or closed. It’s got the same claimed battery life as the VMX 100, which clinches it for us.

Like any other Bluetooth headset, the VMX Office can be paired with a Bluetooth mobile phone. The basestation doubles up as the headset's charger, but it's there to be connected to both an ordinary wired phone and to a PC. The basestation can transmit calls to the headset up to a distance of 35m, so you’re free to wander around the office and grab a cup of coffee without ever missing a call. 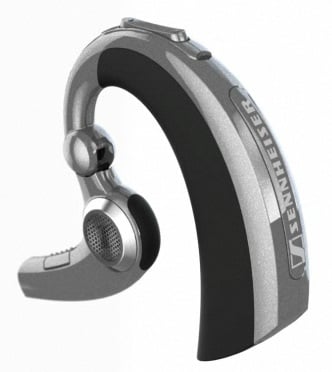 Landline and VoIP calls can then be transmitted to the headset, allowing you to receive all three types of calls on the same earpiece. By default, the headset will pick up calls from your mobile phone, but as soon as you hear your desk telephone ring – or Skype ringing on your computer – you can pick up those calls simply by pressing the appropriate button on the basestation or the headset.

It’s certainly a nice idea, and as we have a mobile phone, landline phone and Skype headset scattered across our desk, we certainly liked the idea of replacing all three with one gadget.

Plus: Annoying chat show host asks 'What the hell happened to Skype?' and users cry out: Let my People go... or at least banish it from Start
Software24 Sep 2020 | 20