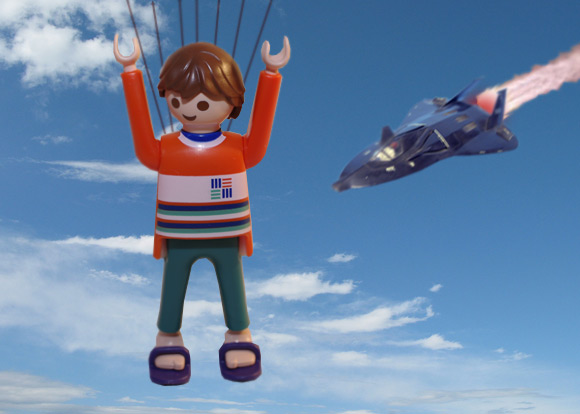 This cash-strapped financial advisor has decided it's a bright idea to fake his own death in a light aircraft crash, and is parachuting to earth convinced he'll fool the authories with his brilliantly-conceived masterplan. Unfortunately, he's being monitored by an ultra-secret robotic stealth drone operated by Her Maj's Custom and Excise, and was later cuffed at a local campsite having checked in under his own name. 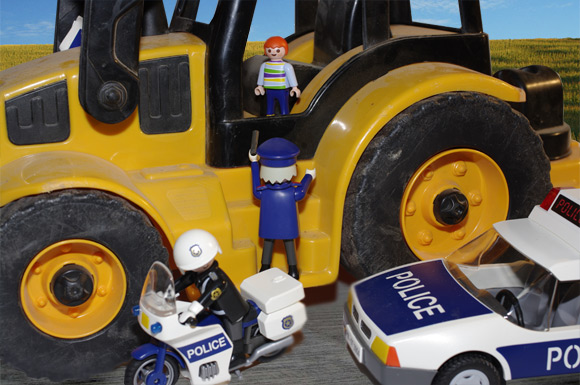 Finally, we have the most dramatic image: An alcopop-crazed five-year-old from a local sink estate - already the subject of 17 Asbos and three restraining orders - has stolen a JCB and is about to cop a tasering for his trouble.

In conclusion, while our shock images show an abnormally high level of activity at the wind farm on the day in question, we're still none the wiser as to what exactly happened to the damaged turbine. Our skilled operatives are as we speak at a secret location somewhere in southern England attempting to construct a functioning alien warp drive based on the strange components seen above. Watch this space... ®