Yes! It's the wristband battery! 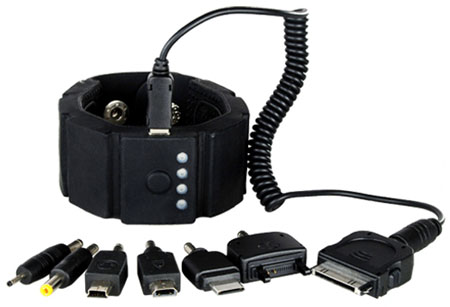 As its name suggests, the Wrist Band Portable Battery (WBPB) is a battery pack that’s worn like a watch yet designed to juice up your flatlined phone.

Although it doesn’t tell the time, the WBPB does come with seven different types of phone power connector. These connect onto a stretchy power cable, the other end of which connects into the WBPB, allowing you to power-up, make calls and walk simultaneously. 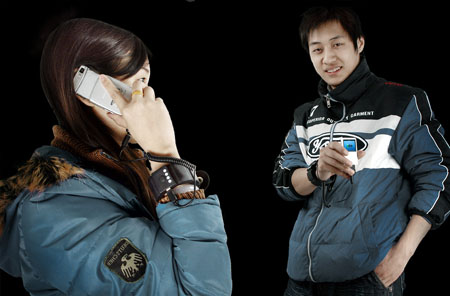 Too cool for school

It can also be used to recharge MP3 players, handheld consoles and other electronics, the supplier stated.

When used as a phone power source you’ll get around three hours' runtime, but up to eight hours if you connect it into your MP3 player.

The device isn’t just functional - it’s fashionable too. A strip of four LEDs display how much juice is left and make it look like a wacky Tokyo Flash watch. The strap’s rubbery black material and style will make you look cool too. 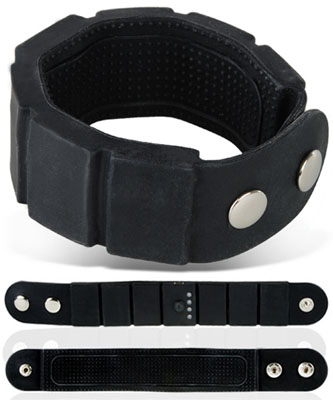 Boost your phone with three hours of power