But slams in much better graphics

Apple has quietly revamped its low-end, plastic-cased MacBook - in the process reducing the machine's processor speed.

OK, we admit it, the reduction's a small one: 2.1GHz down to 2.0GHz. And in compensation, buyers get rather better graphics. 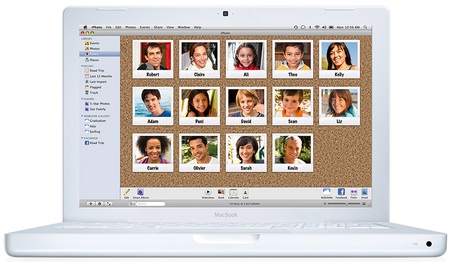 Apple last adjusted the machine's spec in October, when it introduced the more pricey aluminium MacBook. One old-style plastic laptop was kept on the company's product list to meet the needs of Mac buyers on a budget.

That version used an Intel chipset with GMA X3100 graphics. The revised model has an Nvidia GeForce 9400M, which should more than make up for the missing 100MHz of processor speed. It also comes with 2GB of DDR 2 memory rather than a gig.