Besides Wi-Fi it also has Bluetooth 2.0+EDR on board – useful for transferring data directly from mobile phones. Not unexpectedly for such as small device, there's no optical drive, which is only really a hardship when it comes to installing some programs which are delivered that way, without a download option. Fortunately, netbook-friendly USB optical drives, such as LG's own GP08NU10, are cheap. 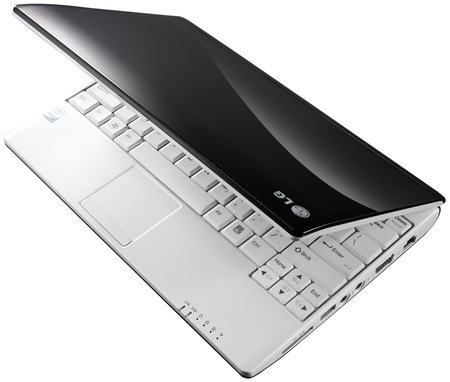 It being such a petite device, you wouldn't expect the battery to sustain extended working sessions, and sure enough, we barely go two hours out of it before it packed up suddenly. There are others which will comfortably outstrip this, such as Asus' Eee PC series, which can go comfortably over the three-hour mark.

Incidentally, Advent's 4213, which does include a built-in HSDPA modem, only costs £330, but it's currently on sale on PC World's website for £280. Bargain.

It's a very cute, almost pocketable addition to the netbook genre and while the 3G modem addition could be useful, it also comes at a price. Even without it however, this is still a very attractive netbook for use on the move, preferably with the back-up of a proper desktop at home or at work, though the shortish battery life won't allow you to stray from the mains for long. ®