We all know breakfast’s the most important meal of the day. So ditch your cafe-bought Marmite toastie and cook yourself a slice in the Wii-inspired toaster. 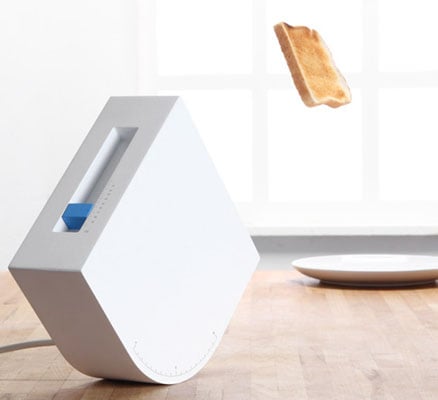 The Wii-like toaster launches slices towards your plate

Designer Ivo Vos hopes to... ahem... “celebrate the mundane” with his toaster, which thanks to its 42° angle and 5.2N of force, can hurl your freshly browned toast across the room, he says.

If you’ve lined things up correctly, the toast may even land slap-bang on your plate.

The +/- Plate will keep your toast warm

But toast goes cold quickly. So designers Ami Drach and Dov Ganchrow have invented a warming plate, for which they obviously took inspiration from the defrosting capabilities of a car’s rear window.

That’s because the +/- Plate has “silk-screened gold and amorphic metal films” embedded in its surface. This enables the 12V plug-in plate to heat-up and keep your chosen food warm. 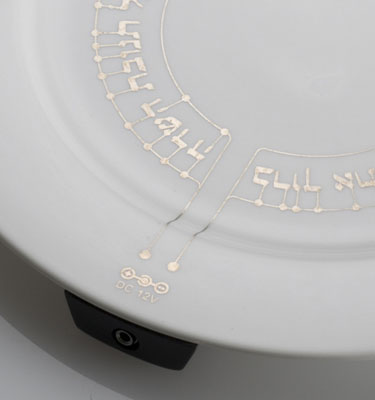 It’s even said to be able to get hot enough to cook an egg on.

Alas, no plans to launch either the Wii-like toaster or warming plate have been announced, so it's back to the porridge for now... ®