Apple was recently granted a patent for a device it calls a "power connector."

However, the device is so substantially similar to a standard automotive 12-volt power plug - in less health-conscious days called a cigarette-lighter adapter - that the penetrating intelligence of the US Patent and Trademark Office would surely not grant a patent for it if that were, indeed, its sole purpose.

After all, the USPTO defines a patent - or, more specifically, a utility patent, as "a new, useful, and nonobvious process, machine, article of manufacture, or composition of matter, or any new and useful improvement thereof."

A connector designed to draw power from a car's 12-volt plug is certainly neither new nor nonobvious - even when it's defined as an "ornamental design." 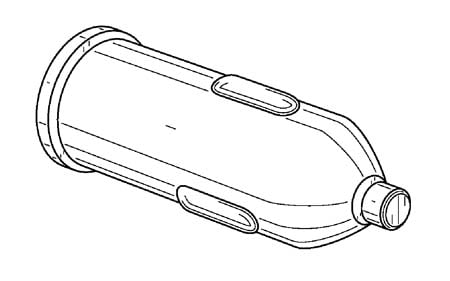 Our puzzlement at this patent faded, however, when we viewed the images submitted with the application.

But Apple claims it to be a power connector - but it's neither a new nor nonobvious one, so how could it be patentable?

Then we realized that Cupertino's puckish consumer-electronistas could simply be toying with the Queen's English, offering alternative and euphemistic meanings for the terms "power" and "connector."

After all, a French letter has nothing to do with Gallic postal service.

The exceptionally concise patent filing gives no clues other than its title as to the device's intended us. It does, however, list among its 16 inventors Apple's premier designer, Jonathan P. Ive.

And come to think of it, Mr. Ive is most often referred to by his nickname, Johnny.