The Australian newspapers just made it up 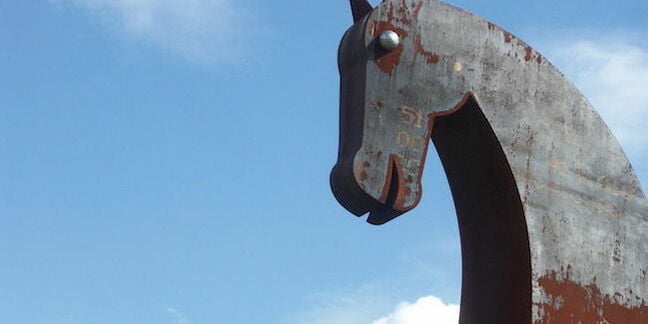 A mild warning from anti-virus labs Kaspersky has been inflated into a full-blown panic by the Australian press that is warning of an imminent meltdown once infection reaches Australian shores.

The Couriermail even quotes a Kaspersky representative as stating that "it would only take one call to an Australian mobile from an infected handset for the virus to spread", which is obviously bollocks, while The Daily Telegraph explains that the "virus code ... secretly texts a premium number run by cyber criminals," which is also bollocks.

We covered the story last week and have spoken to Kaspersky this afternoon: The company assures us they never told anyone that "it would only take one phone call" or that the Trojan is "headed for Australia", blaming the stories on an overexcited antipodean press.

To be very clear: This infection can only happen if the user has already installed a Python interpreter (if you don't know what that is, then be assured that you haven't installed one), agrees to install the unknown application, and then agrees for that application may send a text message to the "cyber-criminal's" number.

Kaspersky software will, of course, protect you from such nastiness, and by a compete coincidence, the company has just announced that their software is to be made available free to UK customers of Barclays Bank: just log on and download.

Barclays are also offering Kaspersky's desktop package free to their customers, which might be worth having, but when it comes to mobile phone security, you are probably safe unless in some way congenitally prevented from refusing your phone anything it asks, even if you do live in Australia. ®