'Leccy Tech Mitsubishi has dusted off its i MiEV Sport concept for the upcoming Geneva Motor Show and called it the i MiEV Sport Air.

Out to impress fans of Apple's skinny laptop, perhaps? 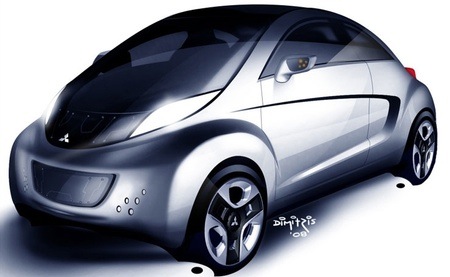 Whatever, something very similar was shown at the Tokyo Auto Salon on 2007, but since then the i MiEV has gone from being a twinkle in its father's eye to a production-ready electric runabout. Mitsubishi has announced a dedicated 'leccy production line that will open in 2011 with an output capacity of 20,000 cars a year. It's also set up Lithium Energy Japan, a battery making joint-venture with GS Yuasa.

Assuming the Sport Air uses the same running gear as the regular I MiEV rather than the four in-wheel electric motors of the 2007 concept, we will be looking at a maximum power output of 47kW (63bhp) and 132lb ft of torque from a single electric motor driven by a 16kWh lithium-ion battery back.

Top speed is said to be 80mph and the effective range on a full charge is 100 miles. 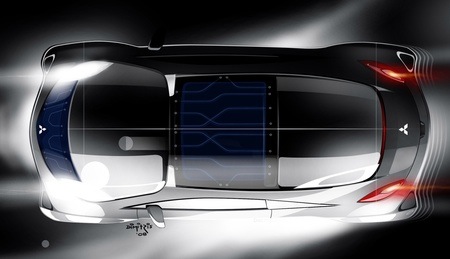 The only significant exterior difference between the Sport and the Sport Air is the addition of some solar cells on the roof and bonnet.

European availability of something not a million miles away from the Sport Air may be closer than you think as earlier this month Mitsubishi announced an agreement to sell re-badged i MiEVs in Europe through Peugeot Citroen. 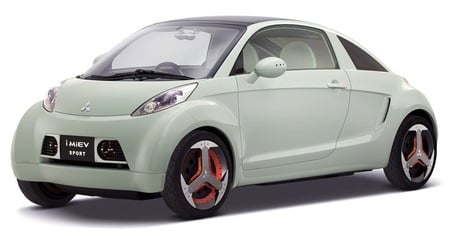