A new concept in on-demand video?

Sony has launched a portable device – and we use that term loosely – for wirelessly streaming live camcorder-captured video to, say, your TV.

Essentially, the user hangs one LocationPorter over their shoulder and then plugs it into their camcorder. The unit will then stream real-time over a 3G or LAN connection to another LocationPorter hooked up to a TV. 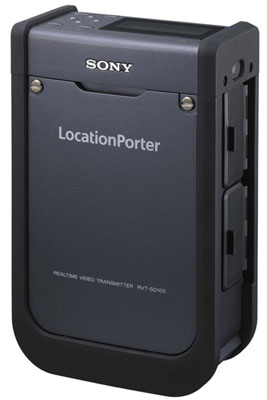 Exactly who Sony’s targeted as its target audience for LocationPorter is unclear, but a piano-backed video demo shows you just how it can be used.

A launch date or price hasn’t been announced, but Location Porter will initially appear in Japan. ®