Google earlier this week annnounced the release of Google Earth 5 - now with added bells and whistles including a detailed look at Mars: 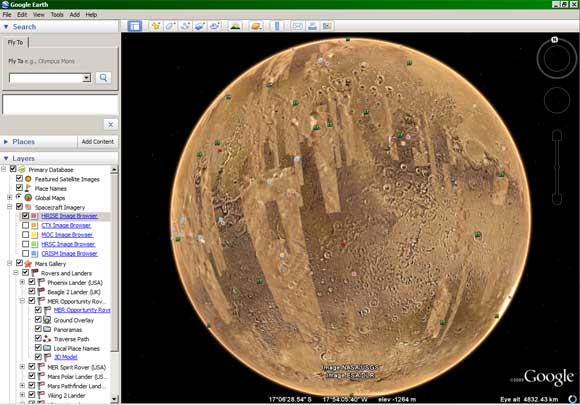 Google has availed itself of NASA mapping and imagery to create what the latter calls a "rich, immersive 3D view" of the Red Planet, packed with detail such as the five-year trek of its Opportunity rover and snaps from the High Resolution Imaging Science Experiment (HiRISE): 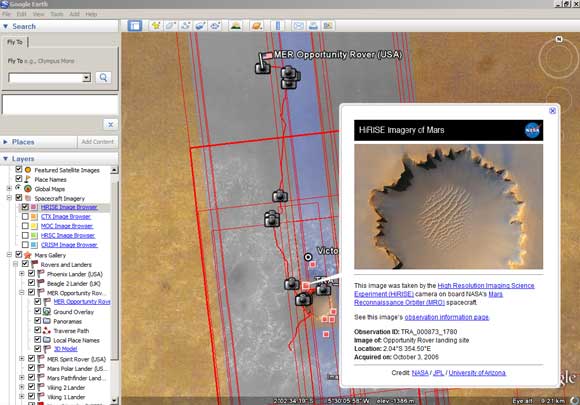