Yes! It's the cardboard PC!

Green is the new black, or so it seems. So an enterprising designer’s inked plans to build a desktop PC that does away with the traditional metal and plastic exterior, in favour of… er… cardboard. 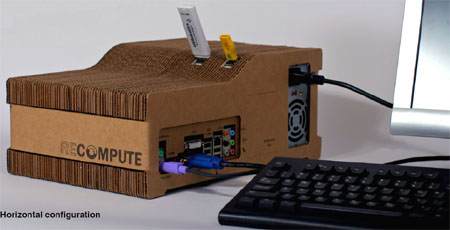 The Recompute PC would – if it ever makes it to the shops – have a body constructed from 12 cardboard panels, each stuck together using non-toxic adhesive.

Designer Brenden Macaluso said the corrugated cardboard – and a dedicated internal venting chamber - would help cool down the PC. And hopefully not warm up the cardboard too much...

In terms of hardware, Recompute would sport a 2.5in hard drive, four USB ports, a micro ATX motherboard and all the usual PC components.

When the PC reaches the end of its life - or after the cardboard’s fallen apart - the outer body can be recycled and replaced. The lack of clips or screws means the PC’s internal components can also be easily dismantled – at least according to Macaluso. 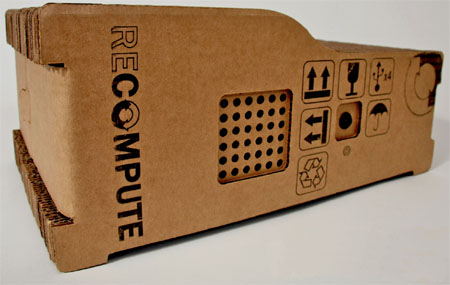 Corrugated cardboard would help vent heat from the PC's innards, it's claimed

The cardboard box that Recompute would no doubt be shipped in could also come in handy for chucking spare cables, mice and CD cases into… ®