Energise! [ This week, El Reg brings you extracts this week from Energise! - a fresh look at energy policy and innovation - eds]

Mary Shelley’s novel Frankenstein, or the modern Prometheus (1818) suggested that human power over nature could lead to tragedy. Then, a century after Shelley’s lone doctor foolishly experimented with human body parts and electricity, Karel Capek’s play Rossum’s Universal Robots – performed in London in 1923 – mixed biology with large-scale industrial processes, and had the resulting worker androids turn against their manufacturer.

Today, environmentalism fears that continued industrialisation could warm the planet enough to annihilate it. Yet the world should resist such dystopias.

Cheap energy is good for us all

Unwittingly, a growing but chaotic civilisation on Earth has changed the planet’s climate. Now, with a more conscious approach, people can gain still more civilisation by adopting a less chaotic energy regime.

We believe that if the world could be more thoughtful about energy supply, individuals could be thoughtless about their energy use. This isn't irresponsible. What has proved irresponsible is the West's 30-year neglect of investment and innovation in energy supply. 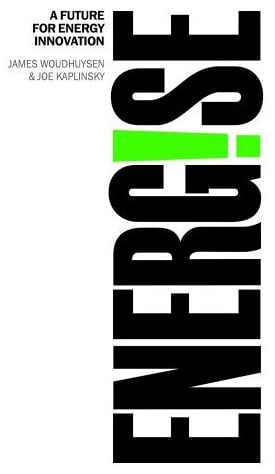 Thoughtful ingenuity, not changes in consumer awareness or behaviour, is the way to exit today’s energy crisis – and the way to deal with a warming planet.

The problem is that both energy firms and the state have abdicated responsibility for technological advance, preferring displacement activities in finance and elsewhere. Indeed, this abdication isn’t peculiar to the energy sector, but general to capitalism today.

An economic and technological programme for universal energy supply would have a broad political effect, too. It would energise humanity, by organising enough cheap energy for people to lead richer and freer lives. We must put energy in perspective, however. Just as questions of energy cannot be reduced to climate change, neither can the fate of the world be reduced to energy. Innovations in energy supply need to accompany innovations in other sectors, if the root causes of backwardness around the world – and of genuine environmental degradation – are to be tackled.

Alongside other investments, though, energy can help humanise the planet and make it a delight to live on. Human beings are multi-talented. By integrating energy innovations with other innovations, human beings can do more than just survive. They can make the environment a place where they can better realise their potential.

Mitigating or adapting to climate change isn’t as desirable as developing a 30-50 year gale of new-generation technologies, in energy and elsewhere, aimed at transforming the planet in a human direction. But to meet the world’s needs to recover a sense of human capabilities in innovation, both in and beyond the energy sector.

Some of our science is missing

It’s vital that people get serious about basic scientific research conducted entirely for its own sake. In March 2008, Britain’s Science and Technology Facilities Council announced that it could no longer finance Cheshire-based Jodrell Bank, one of the world’s leading centres of radio astronomy. As the Times noted, the proposed saving of £2.5m a year was equivalent to the grants and subsidies paid out to the Prince of Wales in 2007.

In 2008, the heir to the British throne gets more funding than research into fundamental aspects of the universe. There’s no predictable or measurable ‘pay-off’ for basic physics, so it’s left to languish. In 2004, the Engineering and Physical Sciences Research Council (EPSRC) showed just how much nuclear fusion is valued in Britain. In its largest ever grant allocation, the EPSRC lavished £48m on the UK Atomic Energy Authority (UKAEA) at its Culham site in Oxfordshire. Over four years, this amounted to just £12m a year. How unambitious!

People need to know how contemptuous Western elites can be toward scientific research. Sir David King, previously the government's chief scientist, used the opening of the CERN Large Hadron Collider experiment in Geneva in 2008 to suggest that it was ‘all very well’ to search for fundamental particles, but that ‘we need to pull people towards perhaps the bigger challenges where the outcome for our civilisation is really crucial’ – in other words, toward climate change. Again, this reveals distinctly low horizons.

Research, investment and the Enron paradigm

In 1969, Robert Rathbun Wilson, the US physicist who built Fermilab, the world’s highest-energy particle accelerator laboratory, addressed the Congressional Joint Committee on Atomic Energy. Rhode Island Senator John Pastore asked Wilson to spell out what research into high-energy particle physics would do to improve the defence of the United States.

Wilson gave a reply that went down in scientific history. Fermilab, he said, had "nothing to do directly with defending our country, except to make it worth defending".

Civilisation needs to recreate the pride in human curiosity that Wilson evoked. Research into the secrets of the nucleus, like earthbound or space-bound technology that improves mankind’s grasp of the cosmos, is worth defending in its own right – even if it brings no benefits to energy supply.

That said, we’ve no doubt that such research will, over the course of the 21st century, help the world put together some impressive advances in the generation and transmission of energy.

The financialisation of the firm substitutes for genuine innovation

The West has a slothful record on innovation, especially in energy. As the IPCC’s Working Group III puts it, a technology and R&D response to the challenge of climate ‘has not occurred’.

US investment has tilted toward housing and, since 2005, toward commercial property. The main innovations have been in finance, not engineering or energy. In the US but also beyond, ‘new product development’ often has had little to do with technological innovation, and everything to do with new forms of finance. And nowhere has the broad financialisation of the firm and of industry been clearer than in energy.

The practices of Enron – once the world’s largest firm trading energy and America’s seventh biggest corporation – have proved more exemplary than exceptional. Just as Enron started out mainly in gas pipelines and ended up mainly in financial instruments known as derivatives, so the ‘business models’ favoured by energy firms today tend to focus on streams of revenue, not streams of fuel.

Derivatives are ways of betting on the price movements of a thing rather than buying the thing itself. During the post-war boom, one could bet on the future price only of basic commodities such as wheat. But in 1972, the collapse of fixed rates of exchange for currencies led the Chicago Mercantile Exchange to offer international businesses the chance to speculate and especially insure themselves through bets on currency futures. Then, in 1974 and 1978 respectively, gold and energy futures began to be traded.

Today’s market for derivatives, however, only emerged in the 1980s, when the discipline of risk management expanded out from corporate finance departments into every aspect of business practice. It was in the 1980s that the desire to hedge against the future price of everything – currencies, interest rates, raw materials, the stock market – established burgeoning derivatives markets not just on exchanges, but also among private parties.

In the late 1990s, Enron began to offer derivatives related to energy prices and future weather conditions over the Web. In this way it was able to capitalise on investors’ fears. Meanwhile, the relative weakness of US business investment, again born of risk aversion, meant that there was plenty of cash around for Enron to borrow – at low rates of interest.

Since the 1980s, the energy sector has helped deepen capitalism’s general preference for corporate acquisitions over innovation.

Next page: Whingeing and preaching
Page: