Which wireless technologies will get credit crunched?

The last few years have seen an explosion in ways of going wireless - in everything from light switches to battery chargers, wires are starting to look distinctly 20th century. But leaner times will force wireless technologies to prove their value, and not all of them are going to make it.

There is an argument that an economic boom-and-bust is useful in allowing investment in innovation that can then attempt to prove itself viable beyond the boom. The first transatlantic cable failed within a month, but a sustained economic boom enabled a (second) replacement to earn $1000 in the first day's operation. Eight years later, in leaner economic times, an iceberg-crushed connection was repaired within weeks - the innovation had proved itself an essential part of Victorian life.

Some technologies, such as the proximity systems used for pre-paid mass transit by Oyster and its ilk, have proved their value and aren't going anywhere - the infrastructure has been built and the investment made. But others, such as the much-discussed white-space devices soon to become available in the USA, are running out of time to get themselves integrated into life as we know it before investment looks like inopportune extravagance.

WiMAX, Proximity Power, NFC, UWB, White Space and Zigbee are just a few of the technologies that have managed to raise enough money to get beyond prototypes and into real products - but that's not going to be enough when pockets get lighter and even geeks start to think twice before investing in the latest tech. With this in mind, we present El Reg's guide to what's not going to make it out the other side of the forthcoming crunch.

Taking Wi to the MAX

WiMAX is a prime example: despite deployments in Russia and America the technology has resolutely failed to achieve the kind of penetration that would drive down costs through mass production. Cheap electronics are manufactured in millions, not thousands, and WiMAX just isn't achieving those numbers.

Long Term Evolution (LTE) leapfrogs WiMAX and has been endorsed by all the important networks; the first-to-market lead that was supposed to be the advantage of WiMAX has been whittled away by lack of credit and resistance by the incumbent operators that has extended into legal challenges. The LTE standard is pretty much finished, and 2009 will see the first headline-grabbing deployments, with astounding data rates over tiny coverage areas - but enough to kill off any interest in WiMAX.

Nortel has already pulled out of WiMAX development, and others will follow as LTE increasingly comes to dominate. But WiMAX will go down fighting, and probably continue to exist in some markets especially as a fixed-wireless technology. Unlike the most hyped-technology story of the last six months - the opening of White Space, which will simply disappear from view without note.

You are leaving the White Room 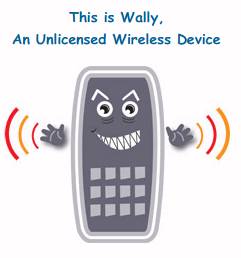 White space was promoted as "Wi-Fi on steroids" - after all, everyone Wi-Fi is good, so "Wi-Fi on steroids" must be even better, no? But squeezing between TV channels is hard, and avoiding other white space users dynamically is really hard - so the exploitation of White Space won't see a utopian Wi-Fi with a range of miles as some have predicted, nor free internet for all.

So useless are white space devices at detecting existing users, the big question now concerns who gets to run the database that every white space device is going to have to consult before switching on - hardly intelligent radios.

White space will be used, but for fixed-wireless connections such as backhauling temporary installations, or connecting rural offices a few miles apart in non-critical environments. Using white space will make wireless more ubiquitous, in the US at least, but don't expect to see consumer devices exploiting the gaps between TV channels any time soon.

Field Communications isn't getting any nearer

Devices exploiting NFC - Near Field Communications - will come into existence, but that won't be enough to rescue the technology from an ignominious end. Despite broadening the technical standard to incorporate just about every proximity technology out there, NFC has failed to make any inroads beyond a handset or two from Nokia - champions of the technology and owners of several patents in the area.

The problem for NFC is that the network operators who pay for, and thus choose, the technologies that go into handsets can see no revenue stream, and thus no reason why they should pay for it. They could have embedded payment systems into the SIM, taken advantage of their position to push the Single Wire Protocol into handsets and brought proximity payment systems into mobile phones - but the network operators have enough on their plates without becoming banks, so the idea has never found the support it needs.

Proximity payment systems will continue to exist, and Nokia will no doubt continue to claim they are all "NFC compatible"; but that will only be true by virtue of the inclusive nature of the standard, and we won't be buying groceries by waving our phones near a sensor any more than we'll be charging them that way.

Wireless charging is second only to Nerf guns in the pointless-gadgets-for-the-sake-of-the-technology stakes. And, just as with Nerf guns, when things are going well punters might shell out a premium for the cool factor of being able to bombard their colleagues with foam darts, or avoid plugging in their kit - but these days it looks like a pointless extravagance.

There will be applications where wireless power delivery used: we'll not be plugging our electric toothbrushes in any time soon. Proximity power also makes a nice product differentiator for Palm's Pre, but the idea of mats onto which we dump all our gadgets for charging is no more than a pipe dream.

We're talking about an industry that can't agree what shape a battery should be, and won't standardise on power connectors despite such a standard being endorsed by just about every industry body and even mandated by a country or two. Even when there was money in the pot it was pretty unlikely everyone was going to agree on a wireless-charging standard, and now the pot's looking distinctly depleted, we're hoping that the push for a standard plug does gain some momentum while wireless power delivery disappears for a decade or two.