Japanese network provider NTT DoCoMo has shown off a handful of wacky, yet technologically advanced, prototype phone designs that may find their way onto its futuristic network. 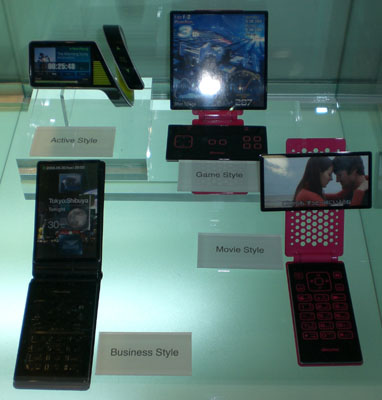 Lurking behind a velvet rope and protected by a glass case at Mobile World Congress were four designs of what the company’s called the “Separable Mobile Phone” – a device onto which different “parts and holders” can be fixed, providing users with a range of different features and functionality.

The idea sounds similar to adaptable Modu phone, yet is somehow more advanced. For while Modu lets you add a GPS jacket here or a bicycle handlebar clasp there, NTT DoCoMo’s idea would let you add, say, a large widescreen display on for watching movies.

Alternatively, you could add a very large, square screen and soft-touch keypad onto the phone when playing videogames. 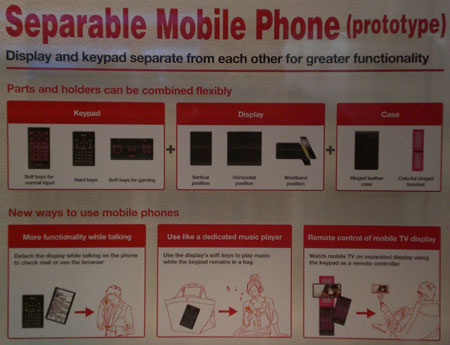 A wristband holder could also be slotted on, allowing you to – we assume – stream live TV to the phone’s screen and what it while you’re on the train or walking down the street.

The fourth design, a boring clamshell, is always available if you want to revert back to business mode, though.

No firm plans to create the mystery four-part device have been announced. ®

MWC now stands for 'Most Won't Come': Intel, Vivo and MediaTek drop out of mobile industry kneesup over coronavirus

Plus: We know people are dying but OMG! China smartphone sales could plunge 50%, say analysts