Look ma, no only hands! 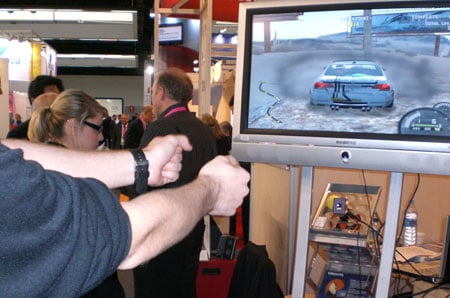 No need for a controller

Gesture-based technology works by tracking the movement of objects, such as faces or hands, and has already been integrated into several mobile phones, including Sony Ericsson’s F305.

At Mobile World Congress today, we caught up with GestureTek – the firm behind the technology – to test-drive a gesture-operated driving game.

There was no steering wheel and no buttons - in fact there wasn’t any form of controller. All we did was stand in front of “depth sensing” camera – a small, blue box below the TV screen – and hold out both arms as though gripping a steering wheel. 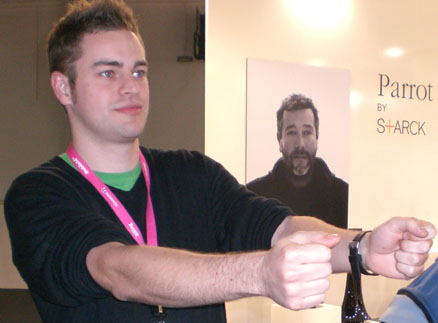 Move your fists further apart to speed the car up

Although initially terrible at the game, we quickly got the hang of it. Move your fists closer together to slow the car down or move them further apart to speed up. Hold your fists about three inches apart to put the car into reverse.

How's this for the ultimate gaming achievement? Half-Life 2's Gnome Chompski is going to space – in real life

Not Half bad: Microsoft back to 16 bits with new storage-saving type in .NET 5

For when precision isn't so important

Bloated middle age beckons: Windows 1.0 turns 35 and is dealing with its mid-life crisis, just about

Red trousers and a Porsche or respectable middle age for Windows?