US boffins say they have developed a method for treating children with autism - the condition characterised by repetitive behaviour, difficulties understanding human language and/or lack of imagination - by having them spend time with robots. 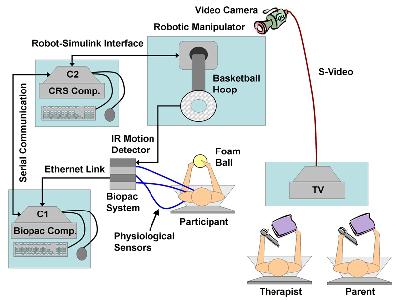 "It has been shown that the children are attracted to robots, raising the promise that appropriately designed robots could play an important role in their treatment,” says Nilanjan Sarkar, mech engineering prof at Vanderbilt Uni. "[But] efforts so far have been quite limited because they haven’t had a way to monitor the emotional state of the children, which would allow the robot to respond automatically to their reactions.”

The two profs attached a "battery of physiological sensors" to a group of autistic kids, and they believe their expert-system software can use these to gauge the children's emotional state. The kit is "about as good at identifying a child's emotional state as an experienced therapist", according to Sarkar and Stone.

Equipped to know how a child under treatment is feeling, a robotic system can then play games or otherwise interact with the subject - or gradually help them overcome difficulties such as a dislike of eye contact, say the profs. Meanwhile, according to the Vanderbilt graphic, therapists and parents can sit down and watch what's going on using CCTV.

Sarkar and Stone think that robots and AI techniques could take on at least part of the burden of care for autism sufferers, said to cost $3.2m over a lifetime in the States.