The Holy Grail of bridge cameras?

At the back are a shortcut/print share button, optical viewfinder with dioptre adjustment dial, playback button and AE Lock/FE Lock/microphone button. The back is dominated by a 3in LCD screen composed of 461,000 dots, next to which are an AF frame selector button and a metering button. Below these is a four-way control for manual focus, macro, flash and drive mode. This is surrounded by a large dial, which is used for selecting various functions. Underneath are display and menu buttons. 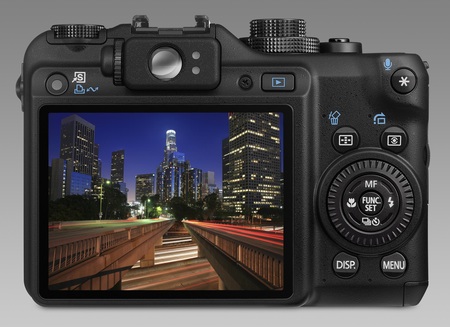 3in LCD and an 80-per-cent-of-frame viewfinder

Tucked away at the right side is a flap covering a mini USB port. At the bottom, you'll find a compartment for the lithium-ion battery and SD/SDHC/MMC card.

The continuous shooting mode has a top speed of just 0.7f/s in AF mode, although this can be bumped up to 1.3f/s if you use a fixed-focus setting. So the G10 is handy for shooting paint as it dries, but useless for taking a series of fast-action shots. 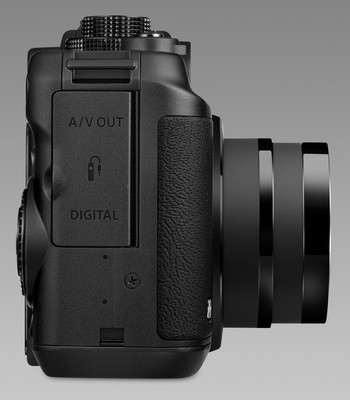 There are lots of shooting modes to select from: auto, program AE, shutter priority, aperture priority, manual, panoramic and a dozen scene modes - including portrait, night scene, foliage and snow - along with various My Colour photo effects, such as sepia and black and white. There’s also a handy integrated ND filter, along with the usual suspects, like image stabilisation, face detection, red-eye correction, plus "iContrast", which is designed to boost detail in dark areas – it’s available in both shooting and playback modes.