XP for now - Linux 'later in the year'

Dell has formally rolled out its latest Inspiron Mini netbook - the 10in model that popped up on shopping channel QVC a week or so back. 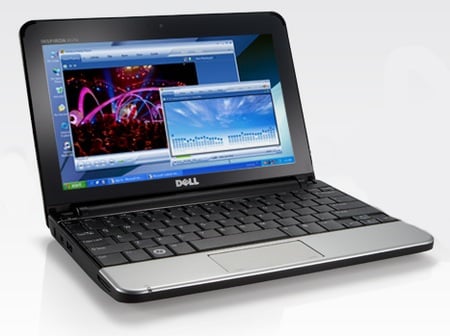 Dell's Inspiron Mini 10: out this week

Here in the UK, the Mini 10 will go on sale on Thursday, and while the company did reveal that it will offer a version of the machine with Linux pre-installed - Ubuntu 8.04, to be precise - it won't appear until "later this year".

The screen resolution is 1024 x 576 - 24 fewer pixels in the vertical than other netbooks provide, but designed to give it a movie friendly 16:9 aspect ratio. In the US, Dell said it'll offer an optional 720p-sized display, but it'll be interesting to see whether the on-board Intel GMA 500 graphics core is truly up to pumping out HD content.

The Mini 10 will ships with a three-cell, 24Wh battery.

The 1.3kg unit packs in all the customary netbook features and will be available in a choice of colours: "Obsidian Black, Alpine White, Cherry Red, Pretty Pink, Ice Blue and Jade Green". ®