Cyburbia Don't judge a book by the title. Especially if the title is something like Cyburbia. James Harkin, who worked with Adam Curtis on The Trap, has produced the first proper full-length critique of Web 2.0 - tracing the daftness back to the cybernetics pioneers of the 1940s.

It's odd that something with so much hype as Web 2.0 has received so little intelligent criticism. Half of Nick Carr's The Big Switch, looked at the social and psychological implications, and he's following up at length in The Shallows.

But Cyburbia takes a different approach. By looking at the mania for feedback in a historical context, Harkin finds a common thread in subjects as diverse as military strategy, TV shows like Lost, as well as the interwebs.

It's very entertaining. James adapted a highlight for us here yesterday, and as promised, here's a conversation from last week.

We're used to cyber-everything but can you define cybernetics for us?

There are a lot of definitions but the simple idea I use is this idea that what distinguishes human beings, or what' smost important about humans, is that they exist on a continuous information loop defined by a constant stream of messages we're sending or receiving.

Now you can interpret the world in that way - me picking up a glass, say - but it is just a metaphor. The story of my book is how this metaphor, created by Norbert Wiener, because of its beauty, became the inspiration for a new medium and influencing how we live. It's given rise to all this incredible technology, but the idea of fitting ourselves into that mould will mean we're the losers.

The central image of the book is Cyburbia, this strange alternate world where we watch each other and the minutiae of each others' lives.

You might have stared out of your window in suburbia in the 1950s and seen a few people across the street, but now you can stare at millions of other people. The danger is that when you spend all your time deciphering what other people are up to, you never get around to doing something original on your own, because you're so swamped by opportunities to go onto other people's lives on blogs, social networks and Twitter.

Did you start off with cybernetics and then see parallels around us today, or did you start with Web 2.0 and trace it back?

I started off with the image of Cyburbia because I liked it, the image of people retreating from the world and staring at other people's lives. Now that's a nice image but it doesn't really explain a lot .So I began to trace it back to first Stewart Brand and then back to Norbert Wiener, a brilliant polymathic genius. I traced it back to the hippies then realised it goes quite far back beyond them. 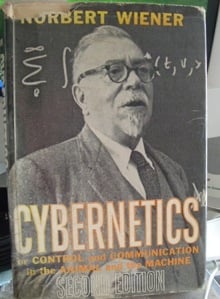 Now I'm not arguing people are stupid or lazy if they do that - but there's an electronic peer pressure online. Academic studies that have been done by people who are very sympathetic to Web 2.0 and networks, people like Clay Shirky and Duncan Watts, show that the whole decision making process tends to become a robotic routine. One person makes a decision, and everyone else falls in line.

One aspect of the suburbia of the 1950s we see online is the conformism. This is incredibly ironic, because this medium was set up, for political reasons, to be incredibly individualistic and creative and non-conformist.

“ I first wrote about Second Life because I was sick of reading utter rubbish. ”

What I like about the book is that it doesn't fall into the trap of responding to utopianism with a dystopianism: that we're all doomed. That's a really common response, but people are intelligent, and discerning about technology. How do you resolve this then?

At the risk of sounding dreadfully like Marshall McLuhan, people haven't quite understood it as a medium yet. They've become so focussed on the idea that we're "freeing ourselves from the authority of the 'mainstream media", that we think that pressing buttons on a computer to talk to your neighbour is an authentic way of communicating. It's not.

The problem people have is that they're reluctant to describe it as a medium - they see it as a political idea, not a medium. So circumventing the mainstream media is not in itself authentic.

There's an odd aspect to cybernetic ideas a few of us have noticed, which is that some people who adopt them go off the deep end, and lose their minds. They dive in completely. They really lose their sense of self.

If you're engaging with the internet gurus who are very evangelical about Web 2.0 you'll hear a very good argument. And that's for the first time in history, millions of people around the world can have a voice. They can input all their thoughts into this system, and people can read them unmediated by anyone. Now, that's interesting, and it's a good and a challenging argument. But if you stop and think about it for a second, it's also wrong.

“The evangelists are simply wandering about waving empty books, saying 'Look, a book! How incredible. Pay me fifteen grand to talk about an empty book.”

It's wrong in an instructive way. To confuse any kind of democratic movement with typing words into an electronic machine which no one may ever read is really quite insulting. Given the history of modern democracy - everything from the French Revolution to the Civil Rights movement, to the Miners' Strike - to say that 'this is the first time people have had a voice' actually tells you a great deal about the lack of understanding the Web 2.0 people have.

Yeah, I first came across six years ago with the bloggers Googlewashing. They replaced a real political movement with a synthetic one. I thought they'd be a bit embarrased by this, but they couldn't see why people who had gone on marches against the Iraq invasion were pissed off with them.

It's scary. It's not pedantic to say if you can confuse the ability to type things into a blog no one will ever read with a voice, then something is deeply wrong with your political philosophy.

People who are being critical of Web 2.0 and this constant and continuous flow have a difficult time of it. It looks like you're pissing on someone else's parade. But I think there are serious and important arguments, here. The intellectual justifications that have been made by internet gurus are simply wrong.

And these are people who are being paid large amounts of money by companies to reorganise how the rest of us work.

Jaron Lanier [El Reg interview] suggested a reason for people going bonkers. He picked out neo-Darwinism as an example of a cybernetic idea that prompts this. The belief ".. that what Darwin described in biology, or something like it, is in fact also the singular, superior description of all creativity and culture" as an example of cybernetic totalism. This is a hole Richard Dawkins fell into.

I'm not an expert on Dawkins, but I can argue that part of my story is a sort of tragi-heroic story. It's a story about people who, over the last 60 years, have been trying so hard to implant themselves into a network. They very much wanted to become a node in the network, because they saw the network as being so much more powerful. In doing so, they lost their sense of human-ness.

But the network isn't as powerful as the adverts suggest. Human-ness is infinitely more powerful than an algorithm.

It's similar to the Singularity idea, where we weld ourselves into a cybernetic system, and in about 2040, or whenever it's supposed to be, we disappear like a puff of smoke.

“If you're a journalist in Fleet Street or the BBC it's difficult to be critical, because these commands come on down from on high.”

Technology should be so much better. The web has hardly started, really. But only the new priesthood of web designers are allowed to criticise it, or make improvements. There is a grain of truth in what the evangelists say, it's the mountain of crap they've piled on top of it that's the problem.

The evangelists are simply wandering about waving empty books, saying "Look, a book! How incredible. Pay me fifteen grand to talk about an empty book."

It's a transitional period. Even skeptics like us need to emphasise the positive.