A solid state of mind - for now?

These are mezzanine cards which will plug into BladeSystem c-Class C3000 and C7000 blade servers and provide much faster access to data than using traditional hard drives. HP quotes numbers of up to 100,000 IOPS, 800MB/sec read and 600MB/sec write performance with latencies as low as 50 microseconds. The cards hold as much as 320GB of flash capacity. 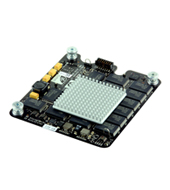 This approach, of adding a cache storage layer between hard drives and server memory echoes that of NetApp with its PAM (Performancer Acceleration Module), a card inserted in its controllers to perform the same role. It has the advantage over inserting SSDs directly into the storage arrays that it accelerates I/O to all frequently accessed data that gets put into it, and not just data that is directed to an SSD tier zero in the array.

HP is putting its cache into its servers and hooking it up directly to the x86 server’s PCIe bus instead of the NetApp aproach of having it as a controller-located cache.

Curiously HP has previously used Samsung SSD technology for its blade servers. This involved 32 or 64GB of flash, a fraction of the IO Accelerator’s 320GB, and even less when a c3000 or C7000 can use two or three IO Accelerator cards. HP has changed its technology mind since October last year.

Fusion-io’s speciality is building PCI-e-connected flash and it had a spectacular success with IBM’s QuickSilver project. Notable for achieving one million IOPS, this was a collection of ioDrives forming a 4TB SSD behind 14 clustered IBM SVC (SAN Volume Controller). It was over 250 per cent faster than TMS' DRAM-based RamSan-400, eight times faster than IBM’s own DS8300 Turbo drive array, and about five times faster than an HDS USP-V drive array.

Sun also has a server caching approach to flash but in a more precise design, one using separate STEC-supplied read and write flash caches with Sun system software, such as ZFS, using these caches to speed up access to specific parts of its working set data.

So we are seeing SSDs used in several places in the server-storage continuum, starting with SSD in storage shelves, as pioneered by EMC with Symmetrix and now adopted in principle by virtually all storage array suppliers, flash array controller caches, and flash server caches.

The flash used in these enterprise servers and storage arrays is so-called enterprise-grade flash, with an emphasis on sustainable and long duration performance through good wear-levelling algorithms and controller design. Lashing flash chips together is comparatively easy but it does not meet enterprise supplier standards, as many early notebook suppliers and after-market notebook suppliers using SSDs found out.

There are quite a few flash suppliers, but as the market matures their number may well fall. Both Seagate and Hitachi GST have said they will enter the enterprise SSD market with Western Digital and Toshiba also poised to enter the scene. It is currently dominated by STEC in terms of storage OEM design wins, Sun for example, and now Fusion has demonstrated for a second time its ability to work with a tier one OEM. The work with HP was first reported in June last year when Fusion-io was then led by Don Basile.

We might expect IBM to introduce Fusion-io-based SSD technology in April. There is an investment connection between Michael Dell and Fusion-io so we might consider a possibility of Dell doing the same.

Fusion-io is privately held and set to announce a B-round of funding towards the end of April. In these recessionary times the attraction of flash as a way of reducing the need for fast disk drives, especially short-stroked, low-utilisation disk drives, as well as lowering energy costs and taking up less space, still looks very strong. It seems that disagreements about growth projections may have contributed to Basile's ouster at Fusion-io, but it seems a given that growth is the prospect and not decline.

If the enterprise SSD promise becomes real then enterprise hard drive sales will begin to be affected, but there has to be severe price erosion of the technology before such sales are materially affected. Do we think it might happen in 2011 and 2012? Possibly, yes.

Both Fusion-io and STEC have got first mover advantages and both, particularly STEC, have demonstrated an ability to develop great technology and sell it to blue chip OEMs. They must be on the potential acquisition radar of several larger companies. ®