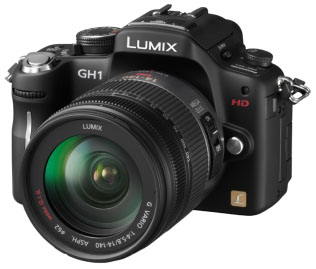 The DMC-GH1 can capture “high resolution” video at 1080p, using a 24f/s frame rate, or “smooth” video at a higher frame rate of 60f/s – but using a lower 720p HD resolution. All movies are recorded in the AVCHD format.

If still shots are more your thing, the 12.1Mp shooter also allows you to swap lenses as required and to take advantage of an ISO sensitivity that tops out at 3200. Images can be stored on SDHC memory cards. 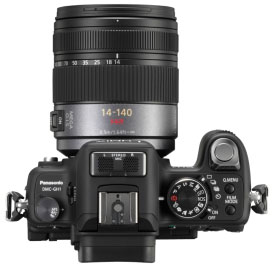 You'll get a built-in flash and 3in LCD

As the GH1 is based on Micro Four Thirds technology – which essentially does away with the camera’s mirror box in favour of an electronic imaging system – the model only measures 124 x 89 x 45mm. The body weighs in at roughly 385g.

Panasonic’s only mentioned one form of recognition - facial - which is sets it behind cameras that come with smile and blink recognition. The GH1 also only has five pre-set scene modes, including portrait, scenery and close-up, which isn’t many these days. 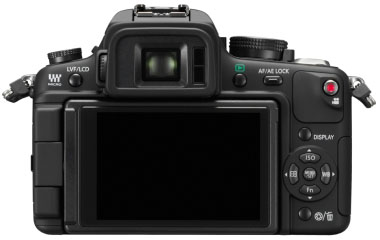 A 3in LCD lurks around the back of the camera and you’ll find a built-in pop-up flash on the camera’s top.

Panasonic’s Lumix DMC-GH1 will be available in a black or red body, but a price and launch date haven’t been announced. ®