Photos Yes, you can open an iMac.

Yesterday, Apple announced a new iMac family, and by this morning the good folks at iFixit had already got their hands on a 20-incher, gutted it, and learned some interesting facts about the all-in-one desktop.

For one, although the processor "appears to be socketed," there's a warning printed on its heat sink that will discourage you from removing it to find out. 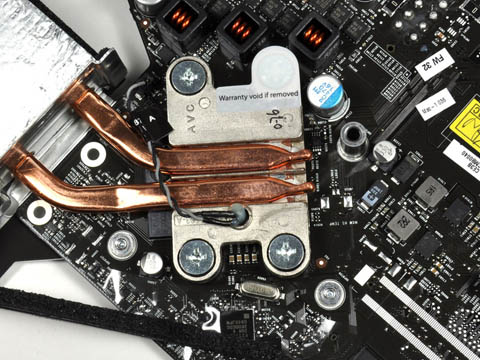 There's a 2.66GHz Core 2 Duo beneath that warning

Also, although it only requires the removal of one Phillips-head screw to access its two SO-DIMM slots, which can accept up to 8GB of 1066MHz DDR3 SDRAM, it takes one hell of a lot more work - and tools - to upgrade your hard drive. 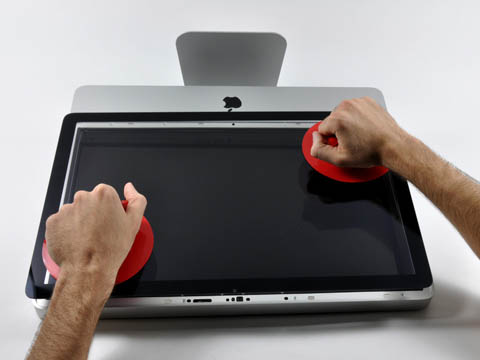 You'll need to suck the faceplate free from its 14 magnets

First you need a pair of dent-puller suction cups to remove the iMac's glass faceplate, which is held in place by 14 magnets. Then you'll need a T9 Torx driver to remove the 12 screws that secure the front bezel and the eight that hold the LCD panel, and a T6 to remove the display cable. 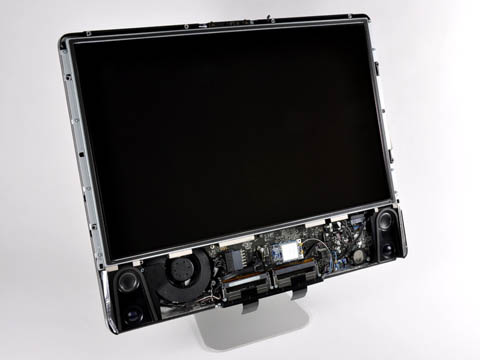 Without its front bezel, the iMac is less Apple-slick

Which all must be done before you get to the SATA hard drive - which is clipped rather than screwed in place, making swapping it out a snap. Literally. 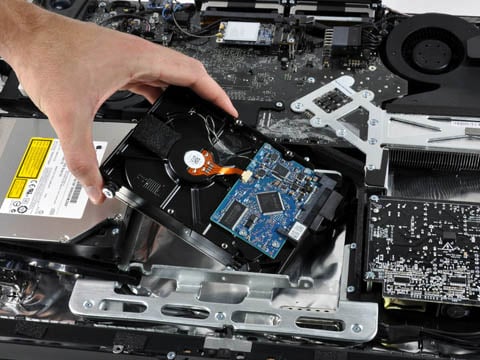 If you want to remove the logic board - perhaps to ignore the aforementioned warranty warning - you'll also need a T10 (10 screws) and a T8 (two screws). 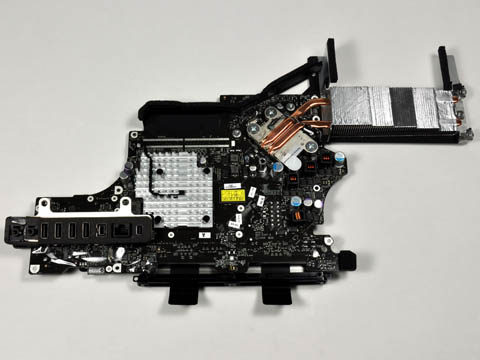 The logic board bears a passing resemblance to New Guinea

All this screwing around reveals that the iMac's display is an AU Optronics M201EW02 with a 1000:1 contrast ratio, that the 8x double-layer DVD±R DL/DVD±RW/CD-RW drive - which Apple calls a SuperDrive - is for the first time a SATA and not a PATA model, and that the backlighting, as we already knew, uses cold cathode fluorescent lamps (CCFLs), and not the LED backlighting used in Apple's MacBooks and its LED Cinema Display. 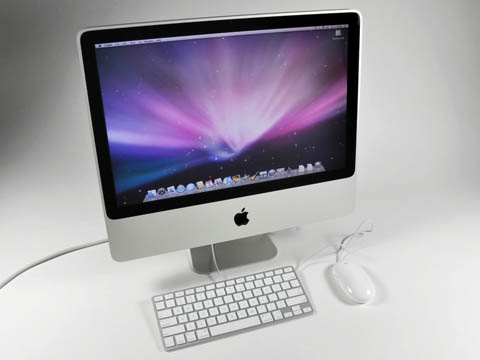 If you'd prefer a numeric keypad on your keyboard, Apple will oblige for free

Finally, after looking at these and more photos on the IFixit website, we gotta say that we agree with their conclusion that Apple's white-plastic Mighty Mouse looks mighty cheesy next to the aluminum iMac and Apple Keyboard. ®

Photos produced with permission from iFixit.