HTC Magic to materialise next month

Vodafone keeping mum about prices, though

Vodafone will pull HTC’s Magic handset out of its hat next month, the UK network operator’s website has revealed. 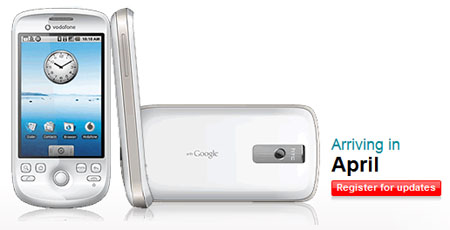 HTC’s second Android-based phone was officially unveiled last month alongside confirmation that Vodafone – rather than T-Mobile, UK carrier for the G1, HTC's first Googlephone – would be the handset’s excusive UK carrier.

Vodafone has, until now, kept mum about when the phone will be available in the UK. Unfortunately, it hasn’t named a specific release date or price for the G1’s rival, but has previously promised to offer Magic for free "on various price plans".

Unlike the G1, the Magic doesn’t have a physical keyboard but instead relies on a 3.2in, 320 x 480 touchscreen and a trackball. Under the shell is a 528MHz Qualcomm MSM7201a processor and 192MB of memory.