Cracking down on classifieds of ill-repute

In a Monday blog post, Craiglist says implementing new verification policies in 2008 has helped the site make major progress in curbing its classifieds-of-easy-virtues. 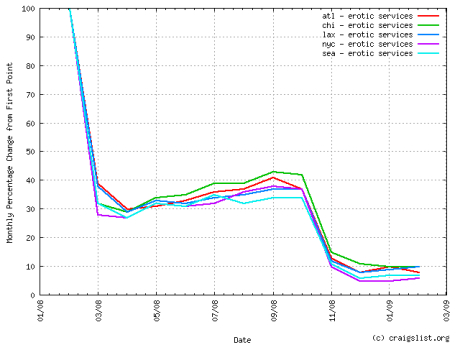 September must be a lonely month.

In this same timespan, craigslist staff have continued to work closely with law enforcement agencies across the country to vigorously pursue those engaged in the horrific crimes of human trafficking and exploitation of minors.