That didn't take long. One manufacturer has already hopped on the talking iPod Shuffle bandwagon by announcing the development of replacement cans featuring the player’s control buttons.

The latest Shuffle ships with a pair of earphones that incorporate the controls taken off the player itself. They allow you to hear track and artist names, change tracks, adjust the volume and skip through playlists by clicking the in-line controller a specific number of times. 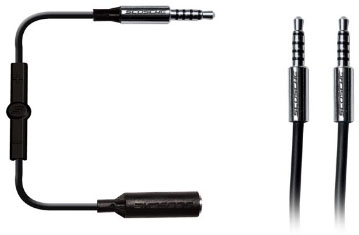 There's an added bonus, albeit only for ipod Touch, Nano and Classic users: the cans will also have a miniature microphone built into the back of the control surface, allowing you to record voice memos.