The bloke with storage at his fingertips - literally

The line between man and machine is now slightly more blurry, thanks to one Finnish bloke’s decision to replace a missing digit with a USB Flash drive. 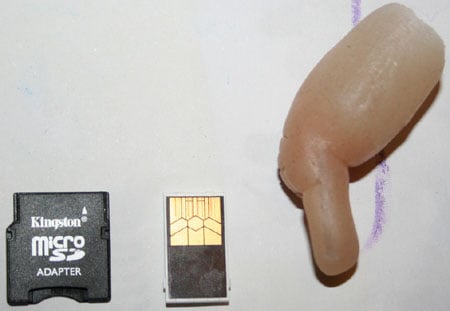 Jerry Jalava, a software developer from Helsinki, had the top part of his finger amputated after a motorbike accident last year. However, he’s since replaced it with a prosthetic finger that slips over the remaining bit of member and which has a tiny USB Flash drive hidden inside. 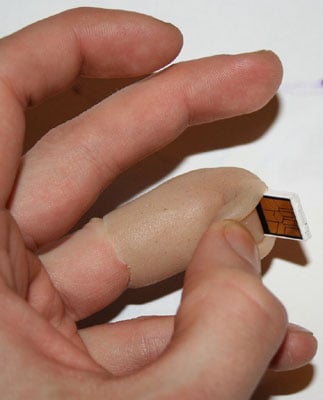 He's got up to 2GB of storage literally at his fingertip

Accessing the drive is a little grim though, because the nail section of Jalava’s fake finger folds back to reveal the drive itself. This can then be slotted into a PC’s USB port while still being worn.

The finger USB has a 2GB storage capacity, but Jalava’s already said that he’s thinking about upgrading the phony finger to include a greater amount of storage and wireless technology, such as RFID. 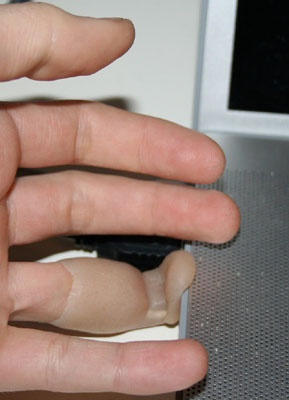 Perhaps he’d also like to consider turning his finger into the world’s first NFC-enabled e-wallet digit? ®

Need a hobby for lockdown? Perhaps check out the CMOS battery

Bork!Bork!Bork! There are no tags today, but there will always be bork

With eSIM tech for the Dick Tracy in your life