This remarkable image, taken just seconds before the Top Model chaos, shows a flying gitwizard suspended under a magical stealth aircraft in an attempt to reboot his career following the humiliating failure of his previous twatdangle: 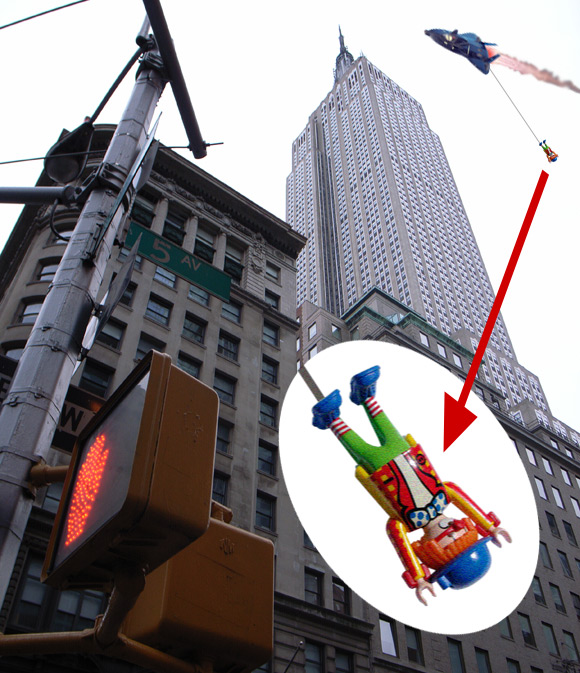 Of course, New Yorkers are not fazed by twatdangles, but in this case those in the Manhattan streets below were spooked by the possibility the airborne illusionist's bladder might not hold out until he reached the airstrip at his Brooklyn sorcerer's castle.