Crysis on your netbook

GDC 09 An intriguing new game service called OnLive may bring obsolescence to the gaming console question: "But will it run Crysis?"

OnLive, which is expected to launch later this year, was unveiled yesterday at the Game Developers Conference in San Francisco. The technology is basically thin-client computing for video games, allowing bleeding-edge games to be played on any Mac or PC regardless of how powerful it is.

The service streams games directly to PCs through a 1MB software client or a "microconsole" for television sets. Video and audio processing during gameplay is all done by remote servers. The user essentially watches a compressed video of the game he's playing far, far away. The theory here is that you'd be able to play Crysis even on a budget notebook. 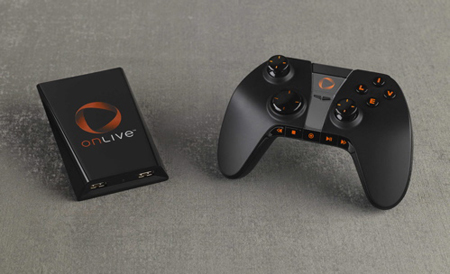 The company claims it can compensate for lag and packet loss though a combination of patented video compression and algorithmagic. According to OnLive, the service can beam video resolutions of 720p up to 60 frames per second. The catch is it requires considerable bandwidth to do so. Standard definition gameplay (480p) requires a broadband connection of at least 1.5mb/s. Getting an HDTV signal (720p) requires a connection of at least 5mb/s.

If OnLive can do what it says (on today's broadband infrastructure), it stands a good chance of shaking up the worlds of PC and console gaming. Pricing hasn't yet been announced, but the microconsole which includes Bluetooth, optical audio-out, and HDMI connections is expected to cost less than a $250 Wii. And while OnLive plans to combine a monthly subscription fee with other per-game business models, being able to play the latest PC games on high settings without spending $5,000 on hardware makes the service pretty tempting.

OnLive was founded by Steve Perlman, the man who invented WebTV, and Mike McGarvey, a high-standing exec at Eidos — so it's extremely unlikely to be a fly-by-night operation like the infamous, half-baked Phantom. And obviously, the amount of capital required for server hardware, dedicated video encoding hardware, and strategic data center locations must be immense. 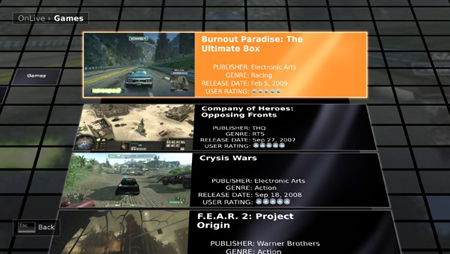 The operation already has inked content deals from major publishers including EA, Ubisoft, THQ, Atari, Epic Games, and Take-Two. They're no doubt pleased as punch with the idea because it separates you, the customer/theft suspect, from any potential piracy. A similar scheme is being hatched by a Qualcomm-backed game company called Zeebo, which announced yesterday it's launching a locked-down, digital-distribution box for developing countries where software piracy is rampant.

Online is showing 16 of the games currently planned for the service this week at GDC. Most accounts are extremely positive, but bear in mind, the impressions come from a controlled environment. The real test will be how it can perform in dorm rooms, residential areas, and places around the US where broadband connections aren't so hot — which, by the way, is nearly everywhere. ®