We like this one, especially the strange effect provoked by flicking your eyes to and fro between the two takes of the bloke carrying the holdall. Good work by Stephen Hunt in London: 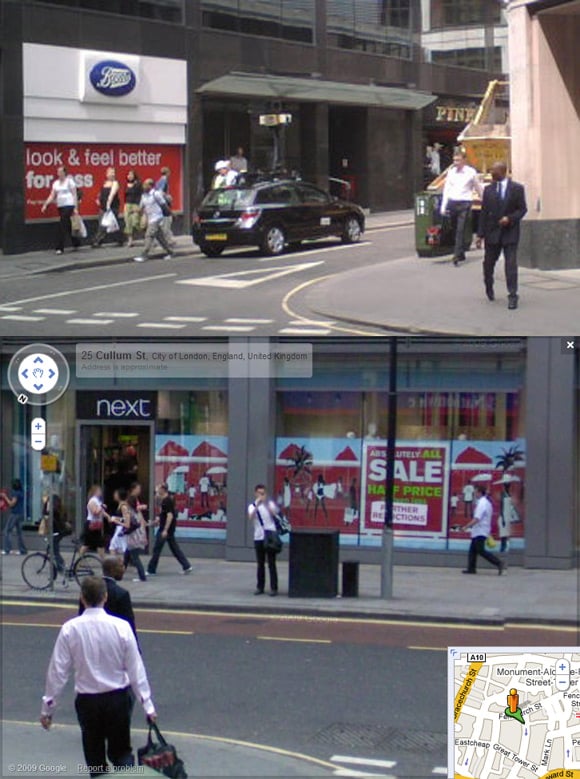