The whacky world of Charlie Nesson

Has Charlie Nesson been at the magic mushrooms again? The hippy head of the Berkman Center, the influential New Age techno-utopian think tank that's attached to Harvard Law School, wants to enlist Radiohead in his fight against the Recording Industry Association of America (RIAA).

Nesson, a long-time opponent of creator's digital rights, is contesting the statutory damages in infringement cases. A Boston graduate student called Joel Tenenbaum was ordered to reach a settlement with the record companies after being sued for copyright infringement, having shared files using the Kazaa P2P network back in 2003. Nesson's strategy in Sony BMG Music vs Tenenbaum is to put the music business on trial. That's fine - suing freetards isn't going to stop P2P file sharing and it isn't going to save the music business. It only adds to the anoraks' persecution complex. Even the RIAA has now concluded it's the wrong strategy.

But is Nesson the man to fight The Man? Nesson's novel argument is that unlicensed P2P file sharing is "fair use". Even his Harvard students, who are doing the work for him, think that's stretch. And maybe he doesn't want to win, just preen about in front of a camera. He wants it televised, he Arse Technica, because:

"It's like a reality show that we can all be participants in as we go along... It's an incredibly powerful expansion of the idea of teaching."

Even long-time RIAA opponents such as Ray Beckerman of the Recording Industry vs. The People have expressed their doubts about Nesson's random and bizarre behaviour. As the stoner ramblings on his blog suggest, Nesson's all over the place: leaking private correspondence from colleagues, and insisting that unlicensed P2P is "fair use".

(Beckerman is not pleased that Harvard waited five years to counter-attack the RIAA, and then only intervened in the case of one individual. Sitting on a cash pile of $36.9bn [*], Harvard is richer than the annual revenue of every record company in the world put together).

Paul Resnikoff at Digital Music News describes how the case "... has now slumped into a sewer of leaked correspondence, improper procedures, unprofessionalism, and several bouts of seeming insanity. Nesson has been pushing to qualify P2P-based downloading (and uploading) as fair use, something most experts disagree with. These experts, including Lawrence Lessig, privately expressed their disagreement with Nesson, only to have their correspondence spilled online - by Nesson himself."

After Nesson was recently obliged to apologise to the Court, Beckerman concluded that the only value of the case is entertainment. 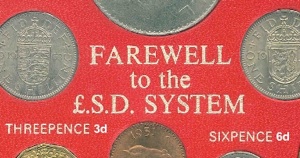 Nesson wants to depose Brian Message of ATC Management - one of Radiohead's management companies - and chairman of the Music Managers Forum.

"He is leading a wonderful group of U.K. artists who are coming out in favor of the idea of non-commercial sharing among music fans."

Are you sure, Charlie?

Brian Message - who also manages Kate Nash - is behind the new (FAC) Featured Artists Coalition which opposes copyright term extension in Europe. But claiming that Radiohead are file sharing freetards is a mistake.

The band looks after its finances professionally and cleverly used a publicity gimmick - preview the new album In Rainbows - to send the physical recording to the top of the charts. The band asserted full rights over the master recording - which was issued by an indie label, XL Recordings. Radiohead have never endorsed non-commercial sharing, although like many established, successful artists they can afford to turn a blind eye, if it gains them more fans.

The band described it as a "one-off response to a particular situation" and said it won't repeat the experiment. Read more about that marketing strategy here. ®

*Bootnote: Harvard is as good as managing its money as Berkman law professors are at fighting lawsuits. By some estimates, $8bn has been wiped off the value of the endowment fund since the last annual report.