It's been quite a week in good old London Town, what with international big cheeses rolling in to solve the world's economic woes at a stroke and restore our beloved planet to its happy pre-crisis condition of nothing more worrying than some bothersome developing world hunger and the occasional light war to entertain the masses.

Our man on the street was, as ever, on hand to capture the highlights. Suitably disguised in Class War t-shirt and dreadlocks, and accompanied by the obligatory dog on a string, he first mixed with unwashed masses roaming the streets in packs looking for a bit of argy-bargy with the Old Bill, which is exactly what they got: 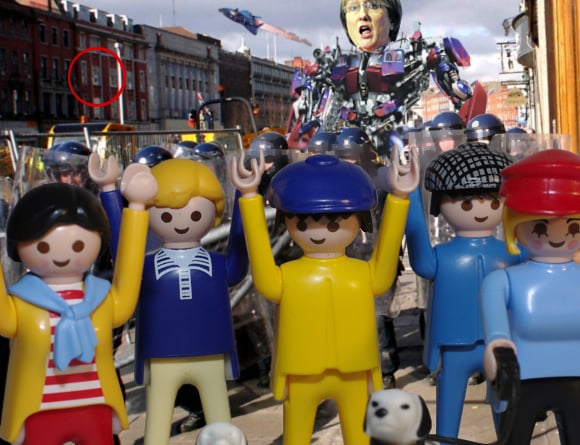 Here we see malodorous anticapitalists righteously dispersed by riot coppers backed by the feared "Jacqimus Prime" killbot - a terrifying cybernetic organism capable of stripping away your civil liberties with a single glance from a distance of two miles.

Yes, yes, we hear you say; we've seen all of this before. Fair enough, but look closer at the highlighted window. Here's the image massively enhanced by El Reg's bank of digital manipulation supercomputers: 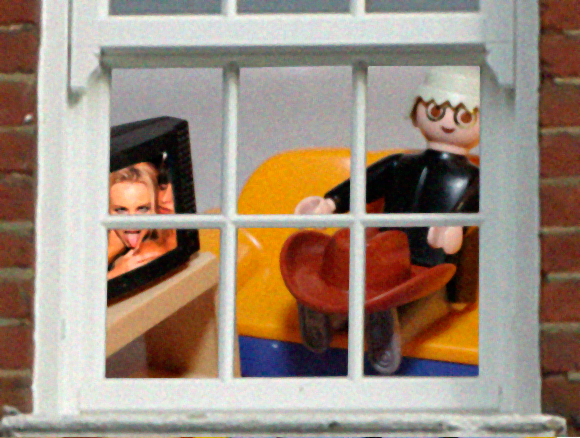 Indeed, while Jacq's away, the mouse will play - in this case by watching some top-quality pornography at the taxpayers' expense. For the record, that is a ten-gallon hat on Richard Timney's lap, and yes, he is very, very pleased.