Get ready for gigahertz graphics

Review The new AMD ATI Radeon HD 4890 is heavily based on the HD 4870 but it has some changes in its architecture that allow it to run substantially higher clock speeds.

How much higher? Glad you asked. The 4870 has reference clock speeds of 750MHz for the core and GDDR 5 memory that runs at 900MHz. GDDR 5 is a completely different animal to GDDR 3 so the 900MHz speed equates to an effective speed of 3600MHz. This business of true speed/effective speed could get wearisome so we’re going to stick to effective speeds for this review. 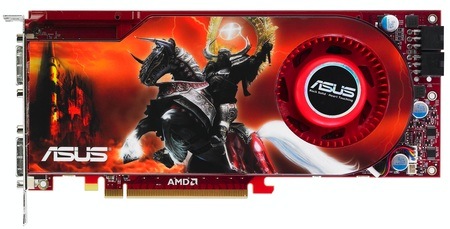 By contrast, the new 4890 comes out of the blocks at 850MHz/3900MHz and is also available in factory overclocked versions with a 900MHz core and memory clocked at 4000MHz. Two weeks after the launch of 4890, we can expect to see a super overclocked variant that will run much faster. We estimate that a 1GHz core speed is quite plausible, with memory running at 4400MHz.

That’s a useful speed bump and as the 4890 has the same 800 unified-shader stream processors and 256-bit memory controller as the 4870 does, we can expect the extra speed will give a proportional increase in performance. 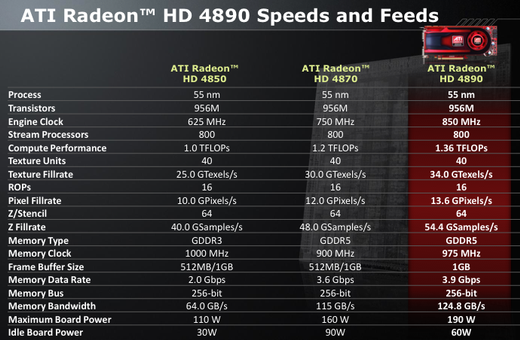