The mobile phone as self-inflicted surveillance

And if you don't have one, what have you got to hide?

Like the breadcrumbs in Hansel and Gretel, mobile phones leave a trail wherever they go. Practically everybody can be tracked via this trail, and the beauty of it all is, we're effectively tracking ourselves.

By design, phones pass their location on to local base stations. You can gauge how effectively the networks can track you by requesting your personal information from your network provider using a data subject access under the Data Protection Act, or by just running Google Mobile Maps on your phone. The smaller 3G cells in central London give an even better location than on GSM. 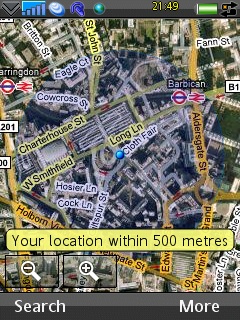 Mobile phone penetration in Europe reached an average of 111.26 per cent in 2007 according to ITU estimates, while in the UK it was 118.47 per cent. We love them so much that we are more likely to leave our wallet at home than our mobile.

The location breadcrumbs from these, along with other communication traffic data, are kept as part of a mass surveillance operation affecting everyone. They are collected by the networks, retained for a year, and handed over to the police and other bodies on request.

Professor Steve Peers, of the University of Essex and Statewatch, points out that although the system is incredibly sweeping, it doesn't stigmatise anyone because every phone call is going to be subject to this.

It's no longer just the individuals who are suspect of, or connected to, or convicted of a crime who are subject to some sort of additional surveillance beyond which they would traditionally have been subjected to. As regards to data retention, as regards to fingerprints, as regards to passenger records, it's everyone or a very large percentage of the population subject to the hoovering of that information.

This is cogent analysis. Mobile phones and email are used by everyone, including terrorists and other criminals. The data can be instrumental in tracking down criminals, with the caveat that having a bigger haystack does not make it easier to find a needle. But it misses one perverse effect - those who will be stigmatised in the future are those who don't have traffic data retained.

Lack of traffic data is what becomes suspicious. There are already two documented cases in Europe where not carrying a mobile phone was considered one of the grounds for arrest.

On 31st July 2007, in Brandenburg and Berlin, Germany, the flats and workplaces of Dr. Andrej Holm and Dr. Matthias B., as well as of two other persons, were searched by the police. All four were charged with "membership of a terrorist association" and are alleged to be members of a so-called 'militante gruppe' (mg):

According to the arrest warrant against Andrej Holm, the charge against the four individuals was justified on the following grounds:

• Dr. Matthias B. is alleged to have used, in his academic publications, "phrases and key words" which are also used by the 'militante gruppe';

• The fact that he - allegedly intentionally - did not take his mobile phone with him to a meeting is considered as "conspiratorial behavior".

On 11th November 2008, 150 French anti-terrorist police officers swooped on the 330-inhabitant village of Tarnac to arrest four men and five women aged 22 to 34, since nicknamed the 'Tarnac Nine'. These 'brilliant students' were living in a farm and ran a grocery store. All but one have been released. They were accused of "criminal association connected to a terrorist enterprise". French Interior Minister Michèle Alliot-Marie (MAM) was in the news soon after:

The Interior Minister is convinced of having saved France by nipping a revolution in the bud. For MAM, the defendants are the seed of Action Directe.

"They have adopted the method of clandestinity. They never use a mobile phone. They managed to have, in the village of Tarnac, friendly relations with people who could warn them of the presence of strangers," said the minister.

In the village, people laugh at this statement. One of the defendants rented an apartment above the town hall. "Is it a clandestine method?", asks Jean-Michel, who goes on: "Can one be labelled terrorist because he does not have a mobile phone?". Here, mobile reception is poor.