Applications, languages, and tools in 2008-9

This is one of a series of articles which draws on research conducted in partnership with The Register in October 2008. In this article, we focus on application development, current initiatives and the tools and technologies being used.

Software development is business as usual

Software development is alive and kicking. Indeed, we say this every year – it’s a useful counterpoint to the blog-accelerated perception that the only coding taking place these days is the clever use of scripting languages to customise packages or develop Web application front ends. While the pundits may wax lyrical about mash-ups and Ruby, the majority of developers are quietly getting on with building the software and packages upon which today’s organisations depend (Figure 1). 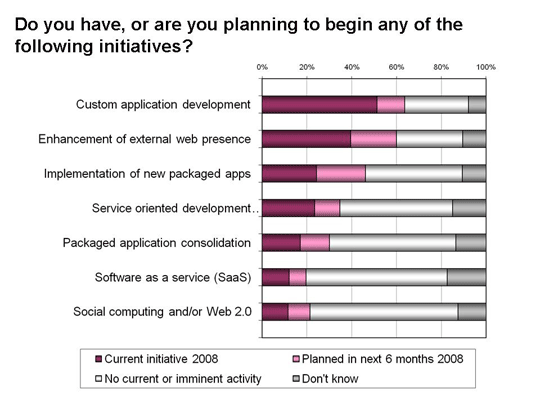 Figure 1: Over 50% of respondents’ organisations are doing some kind of custom application development.

Indeed, it is notable that ‘Web 2.0’ is at the bottom of the list in terms of current initiatives. Much higher up is the need to enhance an organisation’s external Web presence through software. What this tells us above all is that business is proceeding apace –work that was started a few years ago in terms of ‘harnessing the power of the Web’ is still in progress. It is notable that the order and priority of these initiatives differ little from the same time that the questions were asked a year ago: this is far from a ‘boring’ finding, more importantly, it suggests very strongly that IT vendors and service providers need to keep their eyes on the real ball, helping their customers develop mainstream applications.

There are some interesting differences between larger and smaller organisations. Most important is the information we can glean about what isn’t happening, by reversing the bars and seeing which activities are not imminent/current – particularly in smaller organisations (Figure 2). Notably, less than half of the organisations surveyed are doing anything much other than custom apps or Web development. 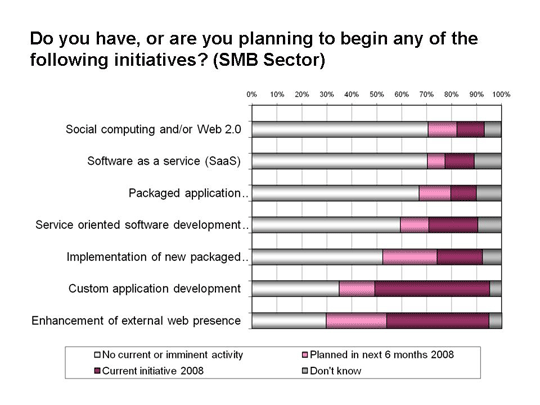 Figure 2: A lack of initiatives in general is clear from smaller organisations

Even ‘progressive’ approaches to SOA appear to be given short shrift by smaller companies. This is a very traditional perspective which should temper any views we may have about what organisations could, or should be doing in software development terms.

What languages are in use?

When we look at typical languages in use, we can see some significant differences between larger and smaller organisations, and it is here that some of the above starts to make more sense. Larger organisations still spend most of their time working with C-type languages, though there is a good mix of other language types (Figure 3: Java is not shown, but we would expect it to be similarly prevalent). 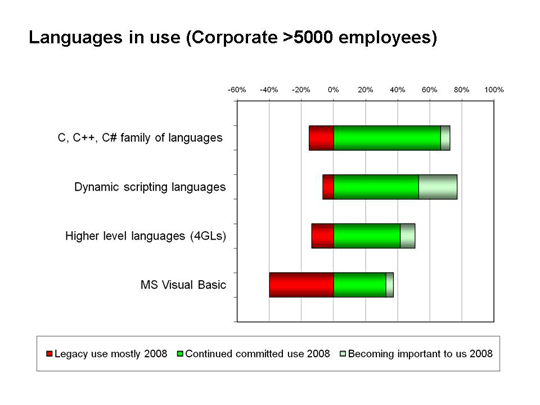 Figure 3: Larger organisations use a good mix of languages.

Notable of course is how Visual Basic is seen as a legacy language. Having said this, its actual use has not gone down significantly since a year ago, suggesting it is of continued use despite less new development.

Middle-sized businesses are half way between smaller and larger organisations in terms of language use, so we do not show them directly. Scripting languages are more prevalent in smaller organisations and their importance continues to grow (Figure 4) – a factor we consider below, with respect to adoption of Adobe Flex. 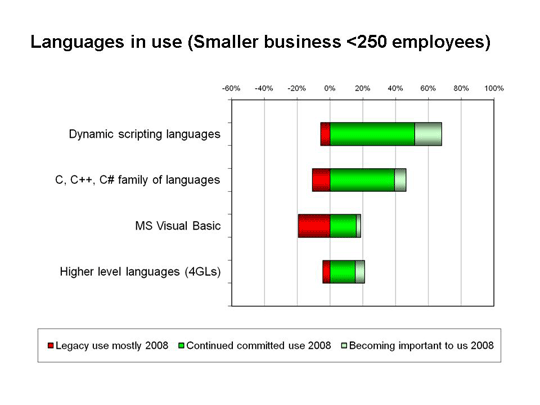 Figure 4: Scripting languages are more in vogue in smaller companies.

And what of tools?

Turning to use of tools, Visual Studio may be ahead in terms of use, but there isn’t a clear ‘gorilla’ in the market – a range of tools and frameworks exists across the board. The adoption of Adobe tools such as Flash and Flex is worth a mention: while such tools arguably address different needs (and we’ve included Dreamweaver for good measure, which complicates things further), there does seem to be a significant level of interest in organisations large and small. Eclipse holds its own in all sizes of company – the attraction is that it offers an open source platform, which many vendors then plug into or extend. Figure 5 shows the larger company view. 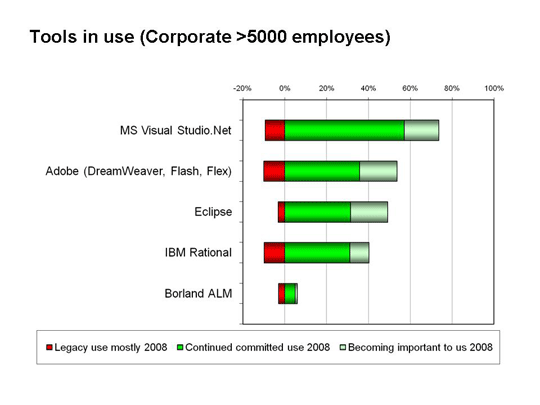 Figure 5: Larger organisations use a variety of platforms and tools.

Borland does not have a great showing – despite some good tools, the figures here can only suggest that it is seen as decreasingly relevant. Indeed, it is probably only market inertia that gives it a continuing foothold. In medium (Figure 6) and smaller (Figure 7) companies it barely registers at all. Rational is also less well represented beyond larger companies, but it continues to hold its own in the enterprise. 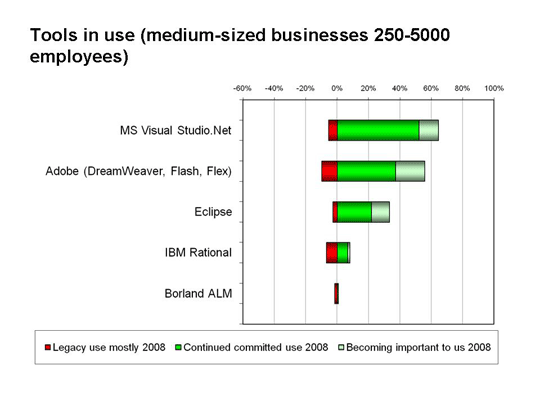 Figure 6: Borland is the poor cousin for companies of all sizes.

What is perhaps most interesting about the smaller company view is that, despite 50% of such companies doing some kind of development work, and 40% using C-based structured languages, only a quarter are using any kind of framework to do so (Figure 7). The implication perhaps is that despite best efforts to simplify development tools, they still remain over-complicated for the smaller organisation, if indeed they are known. 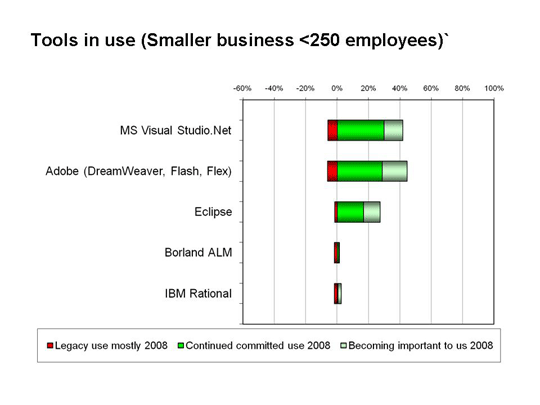 Figure 7: Surprisingly few smaller organisations are making use of available tools or frameworks.

It is difficult to think about any ongoing IT efforts without some reference to the downturn, and application development is no exception. Overall, there appear to be two forces at play: market turbulence, making it difficult to judge too far ahead; and increased requirement to justify what is being done. Given these opposing forces and given the application development world’s slow but steady momentum, it appears unlikely that we’re going to see any major changes in the next year concerning how development is done, or the tools used to do so. Despite this, and in the knowledge that we would be ill-advised to second guess any major ‘waves’ happening in the future, our interest is certainly piqued by the adoption levels of Adobe Flash and Flex. Rich Internet Applications (RIAs) offer a converged path between getting the most out of back-end systems, employing the Internet as a delivery mechanism, and keeping a focus on usability, factors also recognised by Microsoft with its own RIA environment, Silverlight. The responses we collated in this study give us only an indicator, and it is certainly not for us to say one mechanism is better or worse than another, but we shall continue to watch this space in the future. In the meantime, right now more than ever we need to consider the adage, ‘If it ain’t broke, don’t fix it.’ While we will undoubtedly see application platforms, languages and tools continue to evolve, the very last thing required right now would be for any sweeping changes.

The findings here are based on an online research study conducted via The Register science and technology website (www.theregister.com) in October 2008, which garnered 1125 responses. As a result of the online nature of this study, the respondents will have been self-selecting, and drawn from a technology-literate group. We are also conscious that the current financial climate may cause some variability in responses that might be influenced by ongoing economics. As the study covered a broad range of areas and did not particularly dwell on financial aspects we do not believe there will have been any significant skew towards one technology area or another; nor do we believe there will have been too much variability due to economic criteria in this case. Also in this series - Messaging

IT ops lessons from the lockdown: Help us understand the challenges you've faced and overcome mid-pandemic

Reader survey We're producing a study with Freeform Dynamics – and we need to hear from you clever people, please

AI in enterprise storage and IT faces a 'cynicism barrier' to adoption. How do we know? We asked Reg readers

Analysis Freeform Dynamics took a look at survey submissions, now shares its report for you to pore over

We asked, you answered: The truth about software reliability

Research results It's not just about quality

It's Orphan Data in Backup Hell: No, it's not a Netflix series about storage admins...

Interview ... it's a consequence of production use of containerised apps