And it's next month! 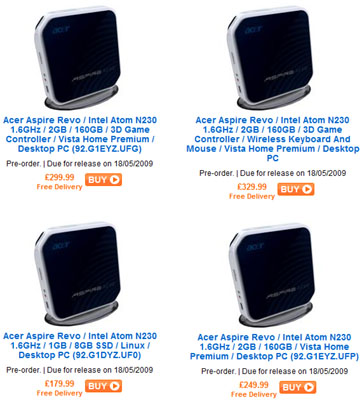 All are based on the 1.6GHz Intel Atom N230 processor – as previously reported. But the most expensive machine comes with a 2GB memory, 160GB hard drive, 3D game controller and a wireless keyboard and mouse. It also ships with Vista Home Premium.

If your cash won’t stretch that far then the cheapest of the four will get you a 1GB memory and an 8GB solid-state drive. You’ll also get Linux instead of Vista.

All four models are available to pre-order online now. ®