Attempting to take the upper hand in the battle against bots, researchers from Google have devised a new CAPTCHA system that uses a series of randomly rotated images to distinguish between human visitors and automated scripts.

The technique, detailed in a paper titled What's Up CAPTCHA? (PDF), presents people signing up for site accounts or performing other website tasks with several pictures that are identical except for one attribute: some of them are upside-down or sideways. To gain permission to create the account or post a comment, a user must successfully click on the image that is right-side up.

"The main advantages of our CAPTCHA technique over the traditional text recognition techniques are that it is language-independent, does not require text-entry (e.g. for a mobile device), and employs another domain for CAPTCHA generation beyond character obfuscation," the researchers wrote. "This CAPTCHA lends itself to rapid implementation and has an almost limitless supply of images."

Short for completely automated public Turing test to tell computers and humans apart, the CAPTCHA has fallen on hard times over the past few years. Advances in optical character recognition have allowed researchers and criminal cyber gangs to crack the Captcha systems employed by Google, Microsoft and other large online properties. In other cases, perps have circumvented CAPTCHAs by opening sweatshops of paid serfs to break the puzzles enmasse.

As CAPTCHAs have become easier to crack, engineers have responded by using increasingly distorted images and more cluttered backgrounds. That, in turn, has made them the scorn of countless human beings who find them harder and harder to decipher.

Researchers Rich Gossweiler, Maryam Kamvar and Shumeet Baluja said image orientation is something that's easy for humans to figure out but surprisingly hard for computers.

Maybe, but the new method may also have its drawbacks. For one, even if a script simply guesses, there's a one in 22 chance that it will pick the right image. What's more, because it relies on a set of pictures, a human being will be needed to "make a judgment call on what is the correct position," according to web security expert Robert Hansen, who details several other criticisms here. 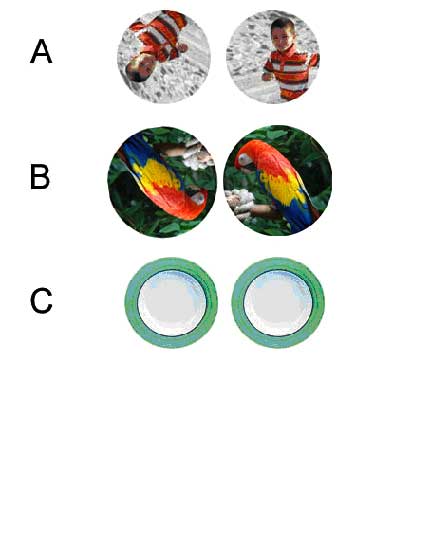 A slide from the researchers' paper

A Google spokesman declined to say whether the company plans to fold the new CAPTCHA into any of its online properties. ®