Several firms have already begun talking-up Android-based laptops, but now a quirky PC manufacturer’s stuck its neck out and launched its own model. 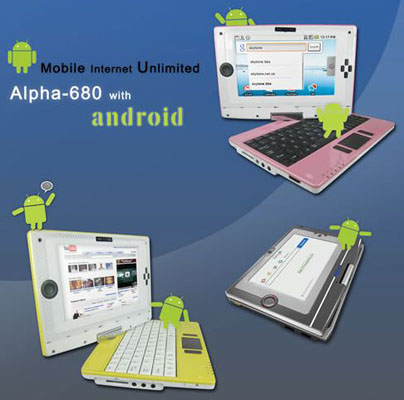 Although images of SkyTone’s Alpha 680 tablet PC don’t really say much about how Android looks and feel away from a mobile phone, the firm assures potential customers that it’s a real Android PC by… well… sticking the OS’ green robot logo all over its pictures.

Android aside, the 7in Alpha 680 is a very basic machine. It has 128MB of DDR 2 memory and, despite being fitted with a solid-state drive, storage capacity tops out at 1GB. 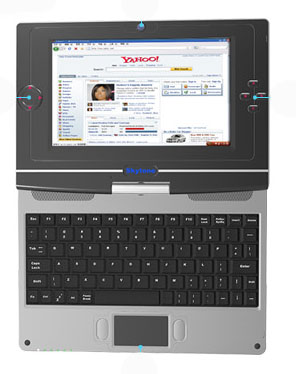 A basic tablet, at best

The machine is based around an 533MHz ARM11 CPU and comes with an Ethernet port, integrated Wi-Fi, two USB 2.0 ports and an SD memory card slot.

SkyTone’s Alpha 680 is available to buy in China, but a price hasn’t been mentioned. ®