Though the DX900 supports 7.2Mb/s HSDPA, it only does so using the primary SIM slot, which also supports quad-band GSM/GPRS/Edge and takes care of the phone's cellular data connection. The other SIM is restricted to tri-band GSM. Additional connectivity is provided by 802.11b/g Wi-Fi and stereo-capable Bluetooth. 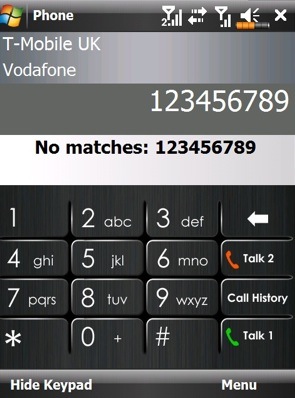 Apart from the two SIM slots, the rest of the DX900's specification is pretty much what you might expect for a middle-of-the-road Windows smartphone.

The autofocus 3Mp camera is nothing more than adequate by today's smartphone standards, though you do at least get a LED 'flash' and the capacity to record 640 x 480 video. The screen is a 2.8in, 480 x 640 resistive affair which is large enough and bright enough for the job in hand but otherwise unexceptional. Above the screen sits a 0.3Mp camera for the 3G video calls none of us actually ever make.

When it comes to software, as a Windows Mobile 6.1 Professional handset, the DX900 gives you the full Microsoft Office Mobile package, which is not to sneezed at. On-board storage is a meagre 256MB, so thank heaven for that memory expansion slot. While on the subject of storage, our test handset would only work with Micro SD cards of 2GB or less - it simply refused the see the 4GB and 8GB Micro SDHC cards we tried. 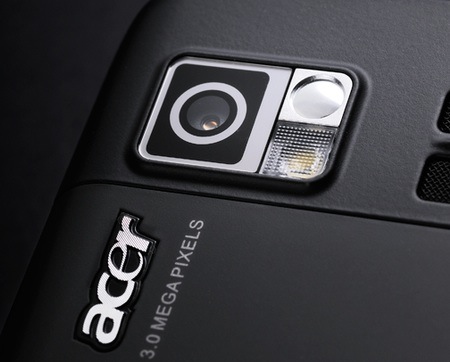 The 3Mp camera's nothing more than adequate

The DX900 comes fitted with a SiRF Star III GPS pick-up which locked onto satellite signals with commendable speed and once locked kept hold of them even in heavily built-up areas. You don't get anything in the way of bundled navigation software but a quick download of Google Maps soon fixes that. What you do get, though, is a virtual compass. That said, ours only seemed to work intermittently.