Rather than emulate HTC and come up with its own Windows Mobile user interface, Acer has decided to install Spb's Mobile Shell as standard on the DX900. Admittedly, it's Mobile Shell 2.1 rather than the new and funky looking verision 3.0, but in our opinion it's still just about the best Windows touchscreen UI ever invented. It's quick, simple to use, capable of a decent degree of user modification and renders the stylus largely redundant. 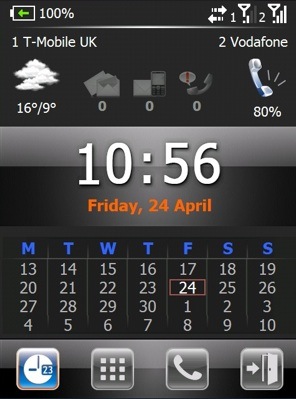 Acer's take on a keyboard – Easy Keyboard – may not be as attractive or as easy to use as Spb's Keyboard, but it's a lot better than the standard Windows Mobile offering. More to the point, it lets you type without recourse to the stylus. Since Spb doesn't bundle Keyboard with Mobile Shell, if you want it, you'll have to cough up $14.95 (£10).

Acer could have done with bundling CorePlayer and Opera Mobile, both of which are essential for making a Windows Mobile device usable on a day-to-day basis. Since the latter is free we won't whip Acer too hard over the omission, but CorePlayer Mobile costs $30 (£20) which is a fair bit when HTC's Windows handsets come with a decent little media player as standard. The alternative - such as it is - is to muddle through using the Windows Mobile Media Player.

Our handset also came bundled with Voice Commander - a handy little application that lets you assign voice commands to various actions - a media streamer and a business card scanner/recogniser, but we've seen these kind of apps on other Windows Mobile devices, so nothing special there. 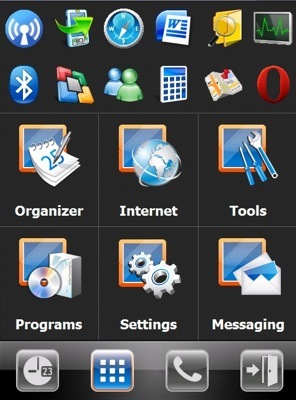 ...but better than Windows Mobile's own front-end

The DX900 is powered by Samsung's 533MHz S3C6400 processor, which even though it only has 128MB of Ram to play, with runs the device at a decent enough clip. Though not iPhone-smooth or fast, applications still fire up and operate with acceptable briskness while the whole UI experience is assisted by the Spb interface being very quick, responsive and economical with memory. The accelerometer works nicely too, helped by a variable sensitivity setting.