Moon Macrosystems - How to build a better Sun

Go ahead. Take a crack at it

Analysis You're a Sun Microsystems systems engineer. Or a Sun software developer. Or maybe even one of the few sales people that knows a disk drive from a processor from a TCP/IP stack.

You have survived countless layoffs since 2000, when the dot-com gravy train ran under the sink. You've rolled with the seemingly endless strings of quarterly losses or skinny profits, your stock holdings (i.e. retirement funds) battered. The promises of a better future have stayed there - in the future.

You have (sometimes) enjoyed the grumpiness of Scott McNealy and winced at the missteps and cockiness of Ed Zander. You have braved on through the tumultuous years and smug management style of Jonathan Schwartz, as the family jewels were exposed through open source, and private equity investors with relatively minor stakes determined the future of the company for their own capitalistic purposes. (Shoulda gone private last year when you had the chance and the cash, Sun).

And now Larry Ellison is getting ready to come in and very likely gut the company. So you're probably working on your resume, while at the same time running through your accomplishments in preparation for justifying your existence at Oracle to the new Sun King.

But what are you thinking, deep down? Not about how to keep your job - that's for damned sure. What you're feeling goes well beyond the fear of unemployment. No, my friend, I know exactly what you are thinking, and it is this: How am I going to get those bastards?

Trust me. You can get those bastards, and I am here to show you how. And it is not a very original play - quite obvious, really - and in fact, it is the same kind of despicable tactic that the Sun King himself has used. There's nothing better or sweeter in business than attacking someone with their own strategy, and that means it's time for a little something I'm calling Moon Macrosystems. 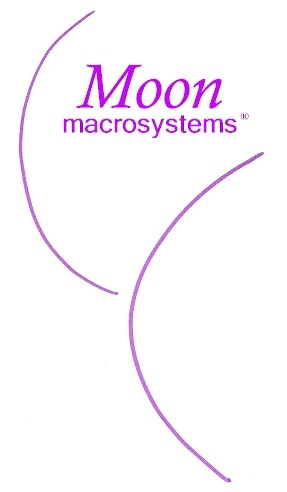 Let's start with the obvious. The Solaris server installed base might have contracted by a factor of two since 2001 - down to maybe some 1 million installed servers globally - but it's a good business and one worth chasing. And it's one that can grow, but not with the overhead that Sun has been carrying.

Sun was charging too much in the wake of the dot-com boom for iron, software, and support. And compared to its rivals in the x64 server racket - who push mostly Windows and sometimes Linux - Sun has been charging too much as well. And in the areas where it has been price competitive, it's not able to generate profits.

This is obviously not a sustainable business model. Hence Larry Ellison will make a very loud $5.6bn burp perhaps sometime in June or July, and the Sun that emerges from, er, the acquisition will be substantially reconfigured to help the Sun King buy a new yacht or whatever it is gazillionaires do with their dough.

Ask yourself this: What is Oracle really buying for $5.6bn? An enterprise customer list and some partners, a bunch of open source projects it could participate in and benefit from for free, some open source respectability, and a pretty big patent portfolio that might or might not be useful. When you put it that way, the Oracle deal sounds kinda stupid. But Oracle can - and will - extract money from those enterprise customers. But perhaps not all of it. There's some for you, if you act fast.

Next page: The software is the easy part
Page: