Google, the nemesis of newspapers, was at the Congress yesterday, to turn a blonde deaf ear to their troubles. The company's pin-up VP of products Marissa Meyer described quite a bright future to the Senate's commerce committee - but it's a bright future for Google, and people with a lot of time fiddling with their computers. Also testifying was creator of The Wire David Simon. Let's contrast how each of them addressed the crisis.

Meyer said Google's policy "first and foremost" was to respect the wishes of content producers, but offered nothing in the way of new business partnerships. Instead, she gave them a short but haughty lecture on how they should present their stories - they should become more like Wikipedia:

"Consider instead how the authoritativeness of news articles might grow if an evolving story were published under a permanent, single URL as a living, changing, updating entity," she said in her statement. "We see this practice today in Wikipedia's entries and in the topic pages at NYTimes.com. The result is a single authoritative page with a consistent reference point that gains clout and a following of users over time." 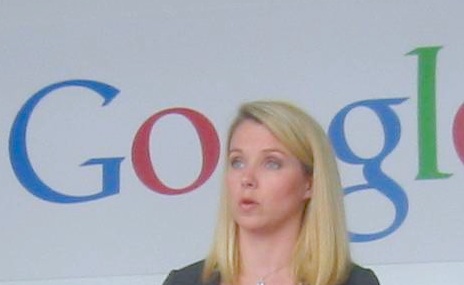 So instead of publishing 50 stories a day, the implication is that publications should only publish 50 a year - tweaking those 50 constantly, in the hope they wriggle up through the Google search results. Yes, that'll fix things.

She also said they should offer more scope for mash-ups. At both ends of the news chain, then, you have people fiddling - instead of writing (at one end) and reading (at the other). That's very Web 2.0, and you couldn't get a clearer statement that Google doesn't really understand what news is for. (It's merely the stuff that goes between the BODY tags, silly.)

The creator of The Wire and former reporter David Simon said he found the phrase "citizen journalism" Orwellian. He added:

Simon also lambasted the newspaper industry's cry of "it's not our fault". Newspapers had gone from privately-owned family firms to publicly-traded stocks, he said, and many of the cuts in the 1990s were against the background of bumper (35 per cent) profits. Families were content with 10 to 15 per cent annual profit. 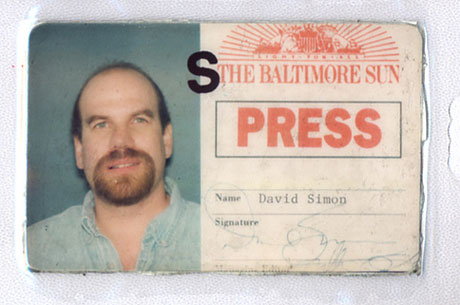 David Simon, creator of The Corner and The Wire

"The R&D funding that might have anticipated and planned for the internet revolution all went back to Wall Street, to CEO salaries and to big-money investors."

He also blamed them for giving away the crown jewels on the web for free.

"How anyone can believe that industry can fund [editors and investigative reporters] by giving away its product away online to aggregators and bloggers is a source of endless fascination to me."

The solution proposed in some US cities, and backed by the editor of the UK Guardian newspaper (which has never turned a profit), is public funding. Simon said he was dead against this.

"High-end journalism can and should bite any hand that tries to feed it, and it should bite a government hand most viciously," he said.

His solution? "An industry-wide transition to a paid, online subscriber base", allied to relaxing anti-trust laws and help with enforcing copyright. Which sounds like a blanket licence, of sorts, to me: one likely to be carved up between the New York Times and the Washington Post. But it was more of a plan than Google's Meyer had to offer.

The gossip blog Valleywag used to wonder if Marissa Meyer was an android, or merely a remote hologram projection - the gag being that she's merely a local representation of the Google Hive Mind. Well, judge for yourself by reading her fantastically inappropriate testimony, and Simon's statement too - here.