Review Whether you want regular reminders to keep your speed down or simply love breaking the speed limit, the Mini Coyote is here to help. And with a built-in GPRS module, you’ll get regular updates without the need for a PC, as well as real-time information on nearby mobile speed traps submitted by fellow users. 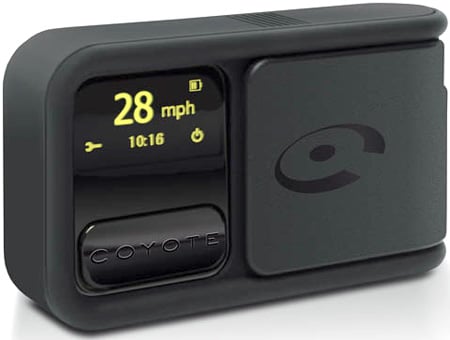 Coyote Systems' Mini Coyote: compact and easy to use

Speed cameras always provoke lively debates. Some believe they’re simply a revenue stream for the government and do little for road safety, others say they help catch dangerous drivers and that those who stick to the speed limits have nothing to worry about. It’s therefore no surprise that devices such as the Mini Coyote are both loved and loathed in equal measure.

Coyote Systems says it promotes safer driving by serving as a regular reminder of speed limits, but you can’t get away from the fact that it also allows drivers who regularly speed to reduce their chances of being collared. Morality aside, the fact is that the Mini Coyote is, at present, totally legal in the UK.

The device itself is reasonably compact (88mm wide, 25mm deep and 50mm tall) and features a small OLED screen accompanied by just two buttons. Unlike most satnavs, it doesn’t use a sucker-based cradle to attach itself to your windscreen. Instead, you need to stick the plastic clasp to the windscreen and then slip the Mini Coyote in and out of it. 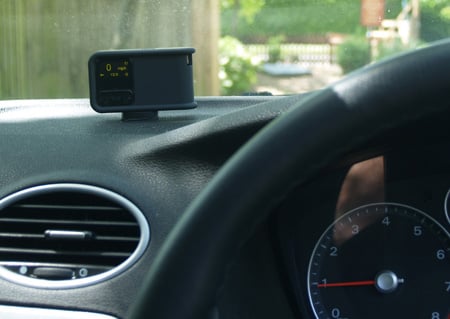 If you don’t fancy the thought of an ugly bit of plastic on your windscreen, a separate magnetic support can be stuck to your dashboard. Either way, you’ll need to permanently stick something to the inside of your car, which isn’t ideal – we’d prefer a sucker-based attachment. With a battery life of up to 10 hours you’ll be able to go on long journeys without having the charging cable attached. It’s charged by USB and a 12v car adapter is included.

Did Pathfinder get lost in Intel's sea of red ink? Or is Chipzilla becoming RISC averse?
Software30 Jan 2023 | 5