The first netbook with an SSD... and an HDD

Review From the outside, the Wind U115 looks like your average 10in Small, Cheap Computer - which makes the fact that MSI has managed to squeeze in not one but two storage systems all the more impressive. 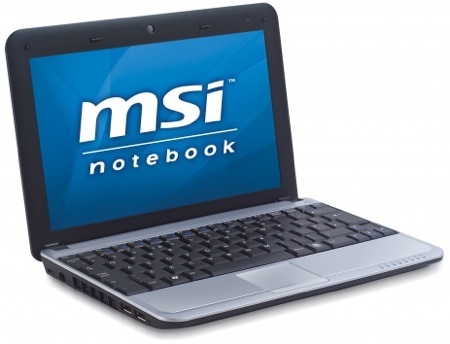 With most netbooks, you face the choice between either a shock-proof but small solid-state drive, or a capacious but fragile HDD. Opt for the Wind U115 and there's no longer any need to choose between the two as you'll find both inside, in this case an 8GB SSD and a 160GB HDD, but there will also be 16GB SSD and 120GB HDD options in the range.

The idea is to load the netbook's OS and applications onto the faster - at least at reading data - SSD and keep frequently written files on the HDD, to take advantage of its more rapid recording speed. When you're hooked up to the mains, both drives are active, but when you switch to battery you can disable the HDD to eke out extra power savings.

Obviously, anything stored on the HDD would be inaccessible in this mode, but with a little bit of planning you shouldn't get caught out. Plus, if you find you do need something on the disk, you can always spin it up again. It only takes ten seconds or so to re-enable.

Despite its extra innards, at 260 x 180mm the U115's footprint matches that of the original Wind as does its 36mm height, rising to 46mm once you've clipped on the supplied six-cell battery. It weighs the same 1.3kg too, making MSI's engineers seem a little like magicians. 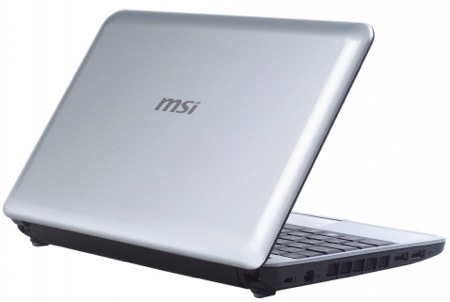 Another area that sets it apart from the current crop of SCCs is that instead of running the near standard 1.6GHz Intel Atom N270 processor MSI, has opted for a 1.6GHz Atom Z530 chip instead, which promises lower power consumption, though it was designed for handheld internet tablets rather than netbooks. It packs a 1GB DDR 2 memory and comes pre-loaded with Windows XP.