That is, if they take advantage of the technologies discussed in an Apple patent filing entitled Multi-Dimensional Scroll Wheel, published Thursday by the US Patent and Trademark Office.

The filing describes enhancements to the simple spin-and-poke scroll wheel that has been a feature of wheelie iPods since the mechanical spinner of the first generation iPod was replaced by a capacitance-based wheel in 2002's second generation and its flanking buttons were incorporated into the disk itself in 2004's fourth generation.

The proposed technology essentially turns the wheel into a multitouch display. The wheel itself would be divided up into two or more concentric rings, each pie-sliced into separate sensing areas. The center button could be sliced as well into its own set of sensing zones. 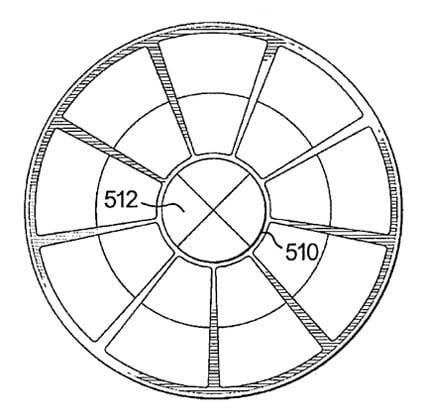 Movement of your finger or fingers across the touch pad could control any number of interface actions. A vertical swipe, for example, could scroll a playlist or a horizontal swipe could bring a song's album art into view. 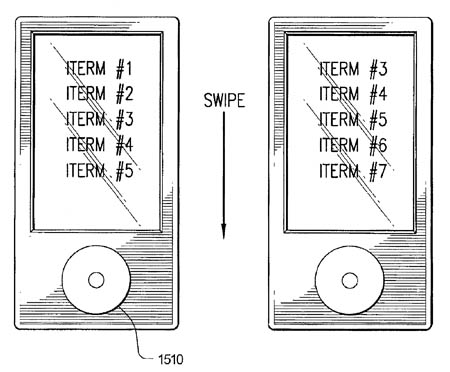 Long playlists could be flicked through rather than cranked

Apple explains the need for such an enhancement by noting that "as consumer electronic devices evolve and provide more applications, it can become challenging to design such applications to operate based on the single touch rotational input detected by scroll wheels."

As the filing notes, a multitouch pinch-zooming effect, for example, would make it easy to enlarge photos and album art. The filing also, however, describes the ability to screw your way down into a photo or image by circling the pad with your finger. 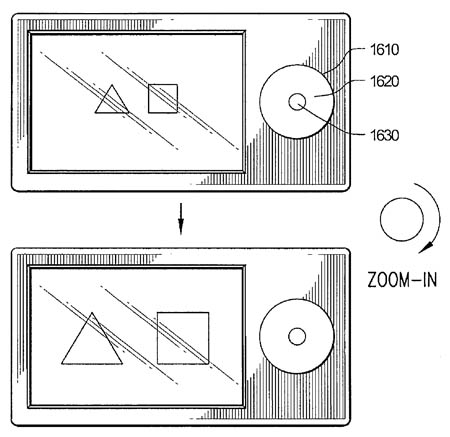 Prefer to screw rather than pinch? No problem

Power-saving is cited as an additional benefit. When the UI is expecting a specific action such as a flick, the sensing areas not in that path could be temporarily disabled. A small power saving, to be sure, but every little bit helps.

The filing also describes the now-familiar tilt-to-click triggering of the current iPods' scroll wheels and notes that the pad could be toggleable to deliver signals to the UI in either a relative mode as does a trackpad or an absolute mode as does a graphics tablet.

Interestingly, the filing doesn't limit the enhanced scroll wheel - scroll pad? - to iPod-like devices. It notes that the pad's shape can be "circular, oval, square, rectangular, triangular, and the like" and that it can "be integrated into an electronic device or...separate stand alone devices."

You gotta love that circa-1998 iMac-like creature

Those "stand alone devices" could, according to the filing, be either cable-connected or could communicate with their host through "wireless technologies such as FM, RF, Bluetooth, 802.11 UWB (ultra wide band), IR, magnetic link (induction) and the like."

Although the wheel-free iPod touch has been a big hit for Apple, this filing - which was submitted to the USPTO on September 5th of last year - seems to indicate that the tried-and-true scroll wheel has more life in it yet. Although we may soon call it a scroll pad, instead. ®