Videogames development trade organisation Tiga has renewed its call for the UK government to support the industry with tax credits, following an HSBC report which identified several UK “gaming hotspots”. 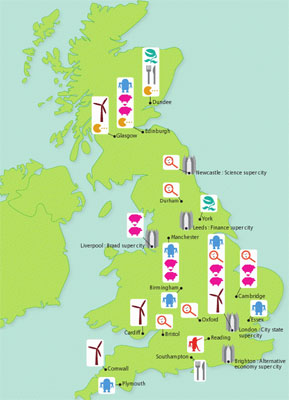 “HSBC is right to identify the UK video games sector as a success and an industry with the potential to be one of the country’s most renowned industries”, said Richard Wilson, CEO of Tiga.

The bank’s report - The Future of Business: The Changing Face of Business in 21st Century Britain - is based on the answers of 500 entrepreneurs and business decision-makers from 17 UK cities to 10 “topical, future-focused questions”.

Of the nine industry sectors considered, including robotics and cybernetics, gaming industry hubs were identified in Glasgow, Dundee and Edinburgh. Scotland’s a world-class gaming industry, HSBC’s report said, and includes companies ranging in size from micro-multinationals to one-man armies.

“If the UK is to continue to be an outrider for the videogames sector then the government must create an environment in which the sector can flourish”, added Wilson.

For example, Wilson wants a tax system that encourages investment into gaming R&D and that ensures a healthy supply of suitably trained professionals.

But he also urged HSBC and other banks to support UK videogame developers “as they seek to expand their businesses to exploit commercial opportunities”.

Back in April Tiga labelled the government’s budget a missed opportunity to support the UK’s gaming industry, mainly because it didn’t feature the 20 per cent tax break called for by Wilson just days earlier.

...And more, including dual 4K monitor outputs that you'll need new cables for