And we salute back

El Reg has made it on to the best US satirical current affairs show: The Colbert Report. Is there a better one anywhere?

For one day only, you can catch up with Stephen Colbert's take on Wikipedia and the Scientology - a recent Cade Metz exclusive - here. 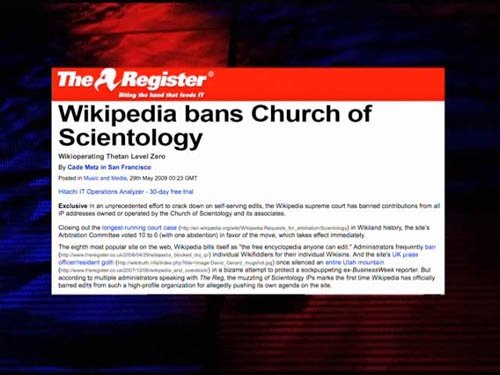 This is familiar territory for Colbert, who has been grappling with Wikipedia for years. Colbert also popularised the phrase 'truthiness' - "the truth we want to exist" - which seems to sum up so much utopian web culture [citation needed], and which goes with Wikipedia like...peaches go with dessert clichés.

In 2006, Colbert heralded the democratic age of knowledge. The following year he demonstrated it by encouraging mass participation..

Colbert on Wikipedia from 2006

Colbert is also a master at puncturing the most pretentious egos in technology punditry. Neither Lawrence Lessig nor Andrew Keen seemed to have much of an inkling where Colbert's attack was coming from - digging themselves in deeper. Whereas Nick Carr, who is far smarter than either of them, kept himself out of trouble.

Catch it here at Colbert Nation, while you can. Thanks to Tony for the tip. ®