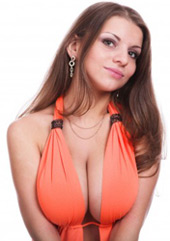 Hunter Crowell, of nork sponsor MyMMOShop.com's media relations office, explained that Morgan could appear in as many as 50-100 films per annum, so the company will be getting plenty of bangs for its bucks.

In a nice personal touch, the press release notes that Anna likes "tennis, computer games, and hockey". Presumably any sporting ambitions Ms Morgan may have had were thwarted by her now lucrative bust. ®

The girl with the dragnet tattoo: How a TV news clip, Insta snaps, a glimpse of a tat and a T-shirt sold on Etsy led FBI to alleged cop car arsonist

Woman tracked down, accused of torching patrol vehicles amid protests

Skin tattoo will tell your phone when you've had a skinful