Exclusive Chinese networking giant Huawei is battling suggestions it could be in collusion with the Beijing government and could cause massive disruption to UK communications in a future cyber conflict.

Concerns have been raised at Cabinet level by senior intelligence officials over the presence of the firm's equipment at the centre of BT's 21CN network backbone upgrade. They particularly fear an undetectable "kill switch" that could disable critical communications if relations with China seriously deteriorate. 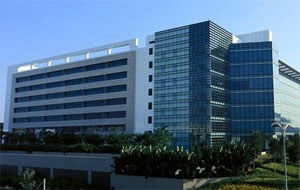 Official fears over Huawei's equipment are typically founded on the firm's origins. Cybersecurity hawks point to its unusual private ownership structure and opaque accounting as evidence of its alleged government ties. The firm was founded in 1988 by Ren Zhengfei, a former People's Liberation Army technology research chief.

Today, in an email exchange with The Register, Huawei pointedly hit back at suggestions of a link. "Huawei provides commercial public use telecoms equipment," it said. "It has NO financial and research links to the Chinese military and government."

The firm has more than 87,000 employees, and says more than 40 per cent of them work in research and development.

It continued: "The allegation is totally unfounded. Huawei is a 100 per cent privately held global company owned entirely by its employees. No government or government-linked-organizations have any ownership stake in the company.

"Like other top vendors, Huawei participates in government's open biddings, and Chinese government related sales accounted for only 0.5 per cent in 2007."

Nevertheless, Whitehall concerns over BT's Huawei equipment recently received political backing from David Blunkett. The former Home Secretary told The Register he planned to press ministers for an ongoing programme of government security auditing. Blunkett's office today said the meeting had gone ahead, but declined to discuss its outcome ahead of the government's forthcoming cybersecurity strategy.

A spokesman for the Cabinet Office also declined to comment. BT does not publicly discuss the security of its infrastrucure.

A well-placed source in the UK broadband sector scoffed at suggestions officials could feasibly monitor potential threats hidden inside Chinese equipment. "Huawei kit is everywhere," he said. "It's about a third of the cost of their competitors, who make theirs in China anyway."

Next page: The enemy is everywhere
Page: